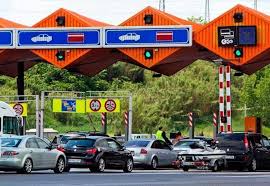 Tolls on nine of Spain’s motorways will cost on average 30% less from January 15, including the Alicante ringroad and AP-7 east-coast highway.

The ones which have been ‘bought back’ from their franchise firms by the central government – before the current reigning socialists gained power – will now be managed by the State and the fees for using them slashed in a bid to encourage more traffic.

They are named as the Alicante ring-road, the AP-7 between Cartagena (Murcia) and Vera (Almería), the AP-36 between Ocaña (Toledo province) and La Roda (Albacete province), the AP-41 between Madrid and Toledo, the M-12 Madrid airport link road, and the Madrid outer suburban ‘radial’ highways, the R-2, R-3, R-4 and R-5.

Minister for public works José Luis Ábalos says his department plans to encourage use of these motorways since, with lower prices, they will be more attractive to motorists as the convenience of avoiding town roads and single-carriageway highways will be worth the fee.

Like this, despite prices dropping by 30 cents in the €1, Ábalos expects the government to rake in more from these motorways, which will fund their maintenance.

Ábalos has repeated his call to all Parliamentary groups to help him set up a working committee to figure out how best to fund Spain’s so-called ‘high-capacity’ trunk roads.

Part of his plan from the New Year will be full structural inspections on all motorway bridges, in light of the collapse in Italy earlier in the autumn, and repair strategies for the 66 defects picked up during surveys of 23,000 of these bridges.

The minister has already confirmed to regional and local governments in the Comunidad Valenciana that the AP-7 motorway between Silla, south of Valencia city, and San Juan, just north of Alicante city, will be toll-free by January 1, 2020, although it is not clear how he intends to fund its maintenance if it will no longer carry a charge.