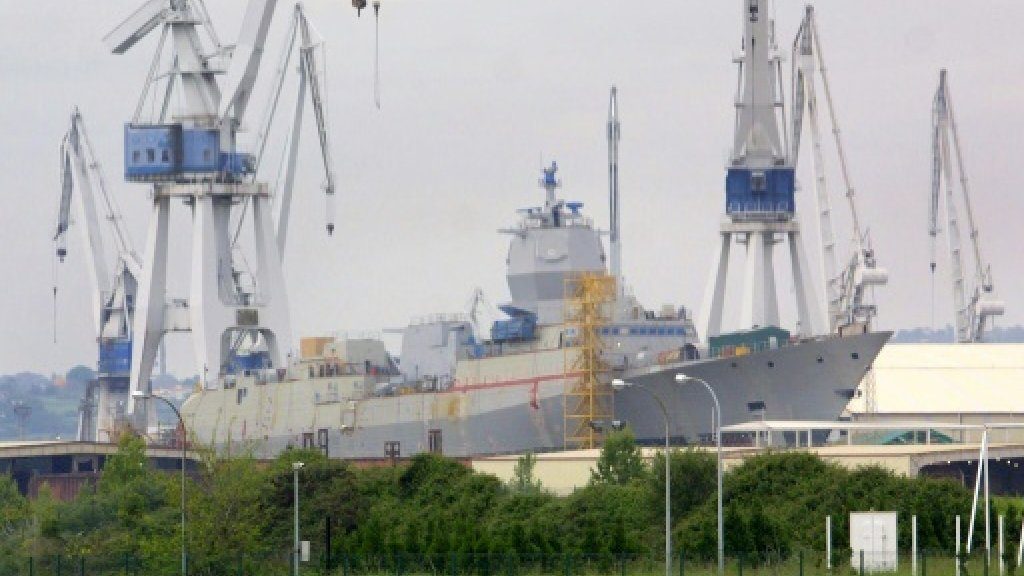 Spain’s state-owned shipbuilder Navantia will build five frigates for the country’s navy in a 4.3-billion-euro agreement that will create around 7,000 jobs, the ministry for regional affairs said Thursday.

In a statement, it said the cabinet would on Friday give its green light for construction of the F-110 frigates in the industrial city of Ferrol in the northwestern region of Galicia dubbed Spain’s Detroit for its slow decline over the years.

The agreement “entails an investment of 4.325 billion euros ($4.9 billion) and the creation of 7,000 jobs,” the ministry quoted Javier Losada, the central government’s representative in Galicia, as saying.

“There will be direct and indirect added value of 5.4 billion euros,” Losada was quoted as saying.

The ships will be built in Ferrol, which has long suffered from a shrinking population and abandoned buildings as its once buoyant shipyards decline.

As such, Losada said the deal was a major coup for the area in terms of jobs and economy.

The ships will substitute six other “Santa Maria” frigates that are now 35-years-old in the navy.

“To succeed in exports, the competitiveness of Navantia’s products is crucial and the defence/navy-Navantia collaboration model is one of the pillars on which this competitiveness can be built,” the defence ministry said on its website.

“The programme of F-110 frigates is key to modernising the navy’s fleet and to ensure the future of Navantia in exporting these types of products.”

The defence industry in Spain, which is recovering from a severe economic crisis and has one of Europe’s highest unemployment rates, is important in terms of the jobs and money it generates.

But this agreement reportedly came into trouble in September after the Socialist government said it had cancelled a 2015 deal to sell 400 laser-guided bombs to Saudi Arabia amid concerns they could harm civilians in Yemen where the kingdom is engaged in a conflict.

That sent shudders in Spain as the war ship deal involves 6,000 jobs.

The government soon backtracked on its decision to not sell the bombs to Saudi Arabia, and the ship deal appears to be on track.

In October, Prime Minister Pedro Sanchez defended this despite an outcry over the murder of journalist Jamal Khashoggi at the Saudi consulate in Istanbul.

“If you ask me where I stand today, it is in the defence of the interests of Spain, of jobs in strategic sectors in areas badly affected by the drama that is unemployment,” he told parliament.