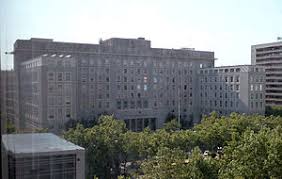 Spain’s Socialist government on Friday gave the green light for a 7.3-billion-euro renewal of military equipment which it portrayed as “social spending” that will create thousands of jobs.

“The defence ministry will launch three military programmes with an investment of 7.33 billion euros ($8.2 billion),” the ministry said in a statement detailing a plan that runs until 2032.

Already on Thursday, the government announced its state-owned group Navantia would build five frigates for the navy for 4.3 billion euros.

On Friday, the defence ministry added a further 2.1 billion euros would go to developing and building 348 VCR 8×8 armoured vehicles.

These will replace ageing vehicles which have been blamed for endangering soldiers.

In a radio interview, Defence Minister Margarita Robles referred to an incident in Lebanon in 2007 when several Spanish soldiers died, partly because one vehicle “lacked the necessary armour-plating.”

Madrid has ordered 73 Eurofighters, which are made by a European consortium.

According to NATO, Spain is estimated to have used 0.93 percent of its GDP for military spending in 2018.

But like other members of the military alliance, it has promised to devote at least 2 percent of its GDP to defence by 2024 as the United States complains it takes on too much of NATO’s budget.

In January 2018, when the conservatives were in power, Spain had announced it intended to increase by 73 percent its military spending over seven years.

At the time, the Socialist opposition had criticised this rise, coming as it did with severe austerity measures following years of economic crisis.

But on Friday, Robles said the military investment was “social spending.”

“Military spending contributes to security and defence but… also to creating jobs,” she told Spanish radio.

“We’re going to get more than 7,000 jobs over nine years in areas such as Galicia, Asturias (northwestern Spain) where job creation is absolutely vital.”

The ministry estimates that “these programmes will generate at least 8,500 direct and indirect jobs in the coming years.”