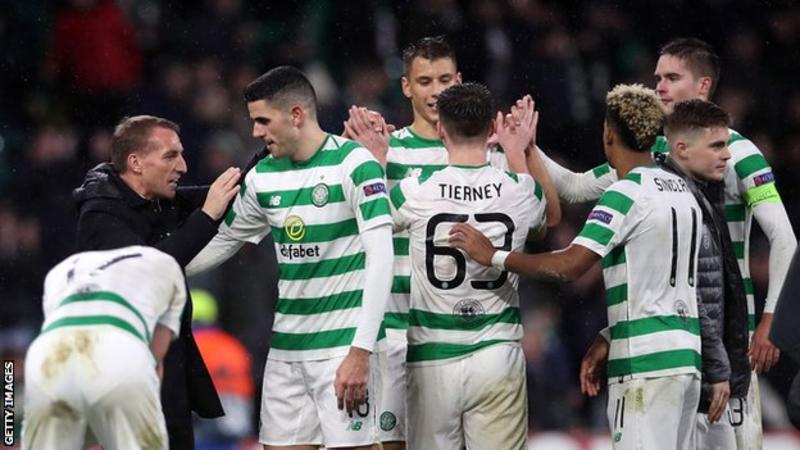 Scottish champions Celtic have been drawn to face Spanish side Valencia in the last 32 of the Europa League.

Valencia are 14th in La Liga and finished third in their Champions League group, behind Juventus and Manchester United.

Premier League side Arsenal play Bate Borisov of Belarus, while Chelsea – who won the competition in 2013 – take on Swedish side Malmo.

Arsenal are at home in the second leg of their tie and the game will kick off at 17:55 GMT on Thursday, 21 February to avoid a clash with Chelsea’s home game against Malmo on the same night, which kicks off at 20:00.

The Gunners and Chelsea were both seeded for the draw, meaning they host their second legs, and teams from the same city cannot play at home at the same time.

Celtic, who were beaten by Russian side Zenit St Petersburg in the last 32 last season, last played Valencia in the Uefa Cup in 2001, with the Glasgow side losing on penalties at home in the third round.

The Bhoys finished as runners-up in their group behind Red Bull Salzburg, who beat them in the final game.

Arsenal and Chelsea both finished top of their respective groups, each winning five and drawing one of their six matches.

The Gunners are facing the same opponents they met in the group stage of last season’s competition, winning twice – 4-2 in Belarus and 6-0 in London.