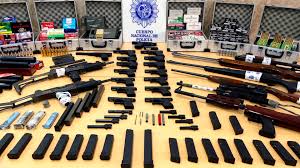 Four ‘traffickers’ who allegedly acquired parts of weapons and ‘cannibalised’ them for sale, have been arrested in Seville.

The procedure involves using ‘fundamental parts of different firearms, which are subject to strict legal control in Spain’, to create complete weapons.

The parts are believed to have been bought from suppliers across Europe. The investigation is on-going under the operational action plan 2018 of the so-called Empact Firearms (European Multidisciplinary Platform Against Criminal Threats), which leads and promotes the coordinated action of the countries of the EU against the illicit traffic of weapons.