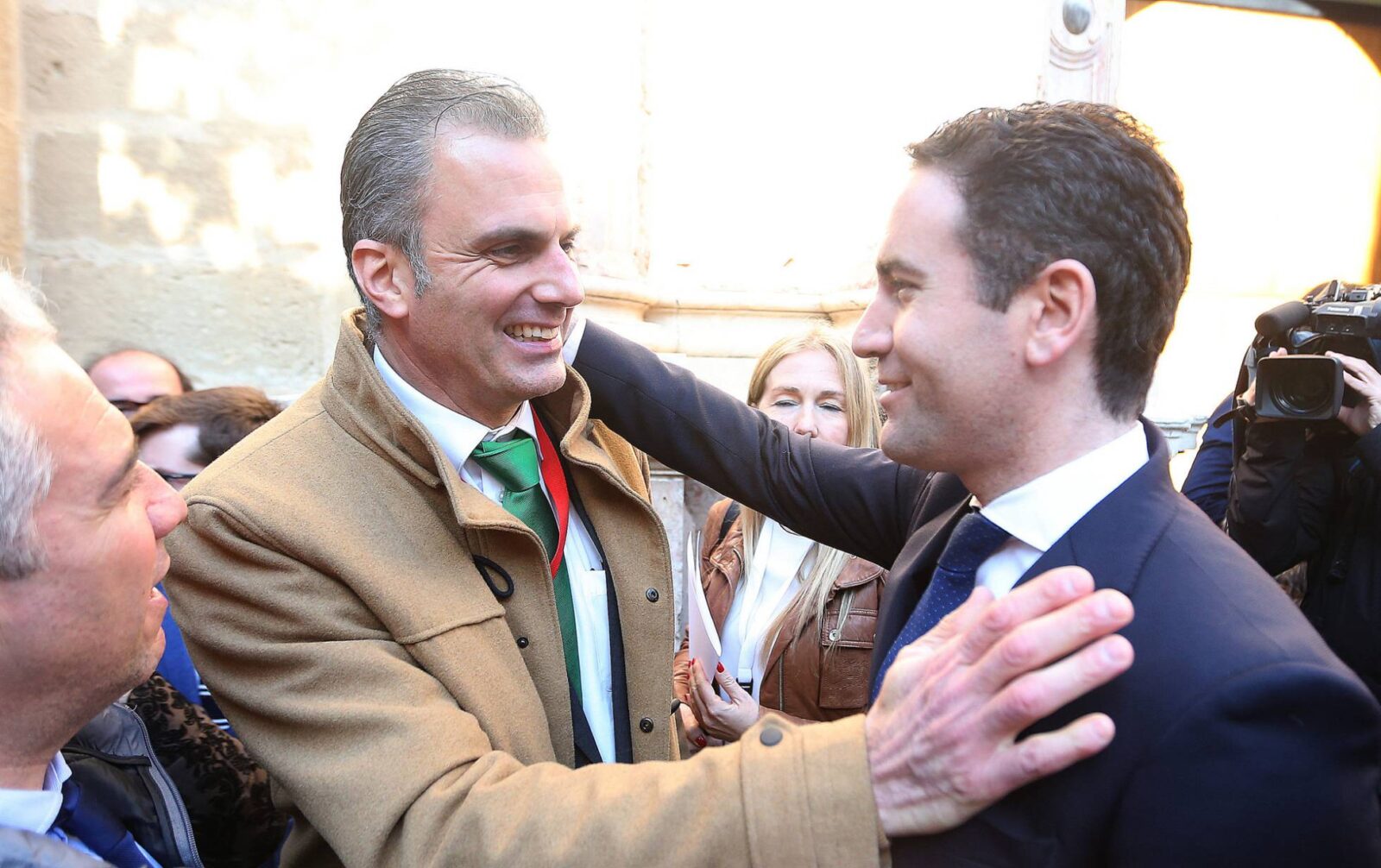 Spain’s far-right party Vox on Wednesday said it will support Juan Manuel Moreno, the Popular Party (PP)’s candidate to replace the Socialist Party (PSOE)’s Susana Díaz at the helm of the Andalusian government.

The decision comes after Vox and the PP resumed talks on Wednesday after failed negotiations on Tuesday. Regional PP leaders had spoken out against making concessions to the far-right party.

Vox had produced a list of 19 demands in exchange for supporting Moreno. The PP has reached a power-sharing deal with the center-right Ciudadanos to form a new government after 36 years of Socialist administrations, but the deal requires support from the 12 lawmakers that Vox obtained at the December 2 election.

Moreno gave a news conference on Wednesday afternoon to explain his party’s deal with Ciudadanos, which entails sharing out 11 regional departments. Vox has not been invited to hold any positions in this government structure, but its backing for Moreno is crucial in order to ensure that Susana Díaz is not reinstated.

Vox’s original list of demands include the repeal of regional legislation affording special protection to women and LGTBI groups, and the creation of new laws to protect bullfighting, hunting and “popular culture and traditions.” The far-right group also wants to deport 52,000 undocumented migrants and eliminate public subsidies for “supremacist feminism” and for “Islamic associations.”

On Tuesday, the PP and Vox spent five hours behind closed doors, but the former deemed the proposals from the far-right group as “unacceptable.” A second meeting took place on Wednesday morning at a Madrid hotel, where PP representatives walked in with an alternative document. And they came together again in the afternoon at the Andalusian parliament.

Isabel Bonig, president of the PP in the Valencia region, and Fernando López-Miras, who heads the Murcia branch, said they would not accept Vox’s 19-point list.

“This is not being easy at all,” said PP sources familiar with the talks.

The French executive weighed in on the matter on Wednesday. “There can be no compromise with a far-right party that champions values that are completely opposed to our own,” said the French minister for European Affairs Nathalie Loiseau.

Meanwhile, the nomination of Susana Díaz for regional premier is still on the table. On Tuesday, the acting spokesperson of the Andalusian parliament, Juan Carlos Blanco, and the PSOE spokesperson, Mario Jiménez, insisted that the acting premier remains the “most legitimate” candidate. But she needs more votes in the chamber than the PP candidate, Juan Manuel Moreno. To manage this Díaz would need 17 votes from the left-wing Podemos and United Left (IU)-backed Adelante Andalucía. That would give her 50 votes versus the 47 the PP candidate could secure.

But this equation would not be simple. Adelante Andalucía said on Tuesday that they are willing to block the PP-Ciudadanos-Vox deal by backing a candidate who could take on some of their main policy points. But it appears that Díaz does not fit the bill for the party, according to its leader, Antonio Maíllo. PSOE sources say that they have no intention of proposing a candidate other than Susana Díaz.