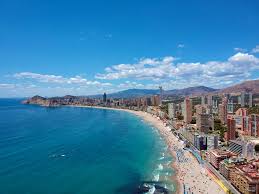 Hotel owners confirm drastic decrease in the number of British tourists that stay at hotels in Benidorm.

Although Benidorm is known for being one of the most popular holiday destinations for British tourists, an eight per cent fall in the number of them staying in the resort has been reported by Hosbec, a local hotel association.

Destinations such as Turkey and Egypt have been blamed for the drop, as these countries reportedly offer cheaper holiday deals.

Hosbec’s president, Antonio Mayor, stated that these countries are ‘rival destinations’ for Benidorm.

Last year, a staggering 454,000 holidaymakers stayed at the resort in Costa Blanca.

Over half of the tourists received in Benidorm in December were actually from Spain, 41.7 per cent were from the UK, three per cent from Belgium and 2.2 per cent from Holland.

Despite these new figures, the UK is still Benidorm’s number one foreign tourist market.