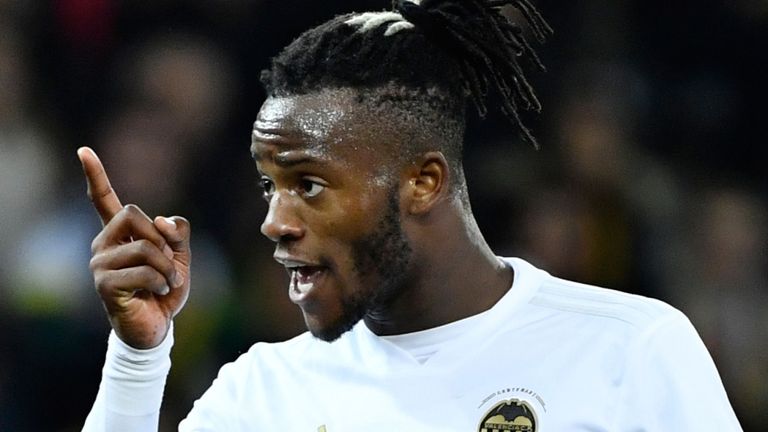 Michy Batshuayi is set to return to Chelsea this month after Valencia confirmed they are in talks to cut his loan short.

The Spanish club’s sporting director Mateu Alemany confirmed Batshuayi would be heading back to Stamford Bridge at a press conference on Thursday.

Alemany said negotiations over the termination of Batshuayi’s loan deal were ongoing, with the possibility that Chelsea find another club to loan him to for the second half of 2018-19.

“Batshuayi’s situation is very clear. We are negotiating the player’s exit with various other clubs,” Alemany said.

“I expect he will leave in the coming hours or days. The player knows he is leaving, we told him some weeks ago. We hope that, for his sake, this can be resolved as soon as possible. He is leaving and it’s now a matter of negotiation.”

The Belgium international has scored only three goals in 23 appearances for Valencia in all competitions this season.

He came in for criticism from Valencia boss Marcelino after Batshuayi suffered a nightmare 45 minutes when his side were knocked out of the Copa del Rey 2-1 by Sporting Gijon on Tuesday.

Batshuayi missed a sitter in the early minutes and was then substituted at half-time.

“I think we have to get in some strikers. I’ve clearly run out of patience with certain individuals,” Marcelino said after the defeat.

“We could have gone in front in the first minute. It was the best opportunity I have seen us create for six months. If you can’t even get a shot in on target you are not fit to play in the Primera Liga for Valencia.

“I don’t make substitutions to send signals to anyone – I make them based on the performances I see. On the effort and the commitment, on everything that I see. I set out to be fair, and I make changes starting from that point.”