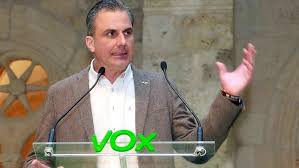 Far-right Vox, whose support is required to eject the PSOE from power, is already clashing with Ciudadanos

Disputes have already broken out within the new political alliance that is working to end 36 years of rule by the Socialist Party (PSOE) in Spain’s southern region of Andalusia.

Just hours after the far-right Vox agreed to support the Popular Party (PP)’s candidate to head the region, Juan Manuel Moreno, its demand for a specific regional department for family affairs is running into opposition from Ciudadanos (Citizens), the third party involved in the government change.

The PP and the liberal Ciudadanos have reached their own governing agreement in the wake of an election that undermined the Socialists’ hold on power, but they need support from Vox’s 12 newly elected lawmakers to make it a reality.

Ciudadanos has refused point-blank to meet with Vox representatives, but the PP has struck its own parallel deal with the far right to ensure its support at the investiture debate, which will take place on January 15 and 16.

On Friday morning, Juan Marín of Ciudadanos said that there are no plans for a separate family affairs department within the government structure they have devised with their PP partners, and which does not include Vox.

The reform party has insisted that the Vox-PP deal does not affect them at all, and Ciudadanos’ national leader, Albert Rivera, said on Thursday that Vox “has had to take a step back, correct itself, and sheathe its sword,” alluding to the fact that Vox has dropped some of its most radical demands such as the deportation of 52,000 undocumented migrants.

But Vox insists on a family department, and said it will expect loyalty from the PP on this issue. Meanwhile, Ciudadanos has also warned it will not support the PP-Vox proposal to change the historical memory law for a “concord law.”

These early clashes suggest it could be difficult to export the model to other parts of Spain, where local and regional elections are scheduled to be held this year. The PP president, Pablo Casado, said on Thursday that their separate deals with Ciudadanos and Vox in Andalusia are “a preamble of what’s going to happen in May in Spain.”

The PP is anxious to win back power in regions like Valencia, the Balearic Islands, Castilla-La Mancha, Aragón and Cantabria, and to retain it in Madrid, Murcia, La Rioja and Castilla y León.

The PSOE has already digested the fact that it is losing its hold on Spain’s most populated region. “We will conduct a responsible opposition, and remain vigilant about defending self-government and Andalusia’s presence in Spain,” said the party’s parliamentary spokesman, Mario Jiménez.

The Socialists will not be putting forward a candidate, now that the PP nominee has enough support for an absolute majority in the first round. The debates will take place on January 15 and 16, followed by a vote, said Speaker Marta Bosquet.

The sum of the PP, Ciudadanos and Vox votes is four above the 55 required for a majority. The PSOE lost 14 seats at the December 2 election, down to 33. The Podemos-backed Adelante Andalucía has 17 lawmakers.

The Latest Travel Restrictions and Your Covid Certificate

The restrictions during the December puente that each community will ...