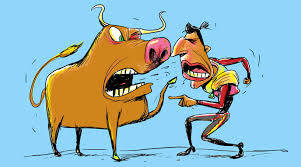 The Socialist PSOE will continue with the bullfighting subsidy after the Budgets for 2019 are released.
The 2019 general budget has included, under the Ministry of Culture section, the government’s support to the Toro de Lidia Foundation, which believes that ‘bullfighting has an immense cultural, ecological and economic heritage that must be preserved for future generations’.
The Pedro Sanchez government has given approximately €35,000 to the foundation, the same amount the PP contributed to the cause in 2017 when they were in power.
There’s also an endowment of €30,000 for the National Bullfighting Award, won last year by Juan Jose Padilla