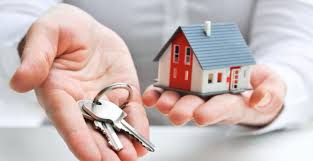 ONE in seven homes in Spain that change hands are bought by foreigners, according to the most recent annual report by the College of Registrars – in fact, non-Spaniards consistently account for over 13% of buyers.

Figures have not yet been released for 2018, but nearly 61,000 residential properties were snapped up either by expatriates or by buyers seeking a foreign holiday home in 2017.

Although the proportion of foreign-to-native buyers was about the same as in 2016, the numbers were much higher – in the latter year, 53,000 homes went to non-Spanish purchasers, meaning 2017 saw a rise of 15% year on year.

And the number of foreign buyers in 2017 was three times that seen at the end of the first decade of the 21stcentury, when around 20,000 a year went to owners born outside of Spain, according to the Property Market Analysis Group at Zaragoza University.

The College of Registrars says there is ‘no doubt’ that foreign demand for homes in Spain has become ‘one of the factors that has most contributed to the recovery of the housing market’, following its boom-and-bust around a decade ago.

“This is an excellent percentage – it shows that foreigners’ confidence in the Spanish property market remains strong and makes housing a sizeable export,” says the College.

Naturally, residential property bought by foreigners is almost exclusively located in traditional tourism hotspots – more than three in 10, or 31.27%, of buyers in the Balearic Islands in 2017 were non-native, and a similar number, 31.35%, in the Canary Islands, whilst over a quarter, or 26.04%, of homes sold in the east-coast region of the Comunidad Valenciana went to expatriates or holiday-home seekers.

Andalucía, Catalunya and Murcia were also popular, with percentages of homes sold to foreigners being comfortably in double figures (18.8% in Murcia, 13.8% in Andalucía and 12.9% in Catalunya), yet in Madrid, a mere 5.64% of homes were sold to non-Spaniards – smaller proportion even than Aragón’s 6.6%, a largely rural and sparsely-populated region, albeit home to some of Spain’s favourite ski resorts.

As if to prove that established tourism zones are top with foreign buyers, the regions with the smallest percentages of non-native purchasers in 2017 were all in the north or northern part of the centre – Cantabria (3.8%), Basque Country (2.6%), Asturias (2.5%), and Galicia, with the fewest non-Spanish buyers, at 0.8% – and many were land-locked regions, such as Navarra (4.8%), La Rioja (4%), Castilla-La Mancha (3.4%), Castilla y León (2.7%) and, perhaps surprisingly, given its year-round warm climate, hot summers and proximity to neighbouring Portugal, Extremadura (0.9%).

British nationals were, in 2008, the most prolific foreign buyers, snapping up 35% of all properties that went to non-Spaniards, although this was down to 15% by the end of 2017.

Exact figures linking this fall to Brexit are not known, although over 2017, a year-on-year fall from 10,100 to 9,100 British buyers was registered and UK nationals were the only foreign group among home purchasers in Spain which diminished in that year.

Anecdotal evidence from some coastal estate agencies hints at an upsurge in British buyers in given areas, perhaps as those who had been considering a possible future emigration opted to ‘bite the bullet’ and do so whilst the UK is still an EU member State and the process is likely to be easier, and maybe fearing a fall in the pound sterling against the euro once Brexit becomes a reality.

But overall, British buyers have declined – albeit president Pedro Sánchez wants to ensure, among other safeguards, that the process of purchasing a holiday home or emigrating to Spain does not become any more difficult for UK citizens after Brexit than it is now, even if Britain crashes out of the bloc without a deal.

Property market analysts, however, do not seem unduly worried about the effects of Brexit on numbers of British buyers – they say UK citizens have been tailing off gradually for a while now and that this decline appears to have reached a plateau.

And Brits still lead the field in terms of foreign buyers, for Europeans at least – their 15% is almost double that of the Germans, who represent 7.77% of non-Spaniards among purchasers, and still a comfortable margin ahead of the second-most prolific, the French, who make up 8.64% of the total.

Belgium, Ireland, Italy, Sweden, Romania and The Netherlands remain some of the other main output countries for foreign buyers, and in fact, the vast majority of non-Spanish purchasers are from Europe – Russia, Norway, Ukraine, Poland, Switzerland, Bulgaria and Denmark – with much smaller numbers from north Africa, usually Morocco or Algeria, and from China.

Preferences of location also appear to be fairly consistent by nationality – Brits mostly opt for the Comunidad Valenciana, Murcia and Andalucía, whilst Germans head for the Balearics, and Italians for the Canary Islands.

For the French and Portuguese, the most popular areas tend to be closest to their home countries – Catalunya and Galicia respectively – whilst Romanians, who are principally buying main homes, are most likely to target inland regions, such as La Rioja, Madrid, Navarra, Aragón, Castilla-La Mancha and Castilla y León, or northern coastal areas such as the Basque Country and Asturias.

Cantabria’s largest foreign buyer group by nationality is the Chinese, although no logical connection has been found – the region is neither home to any of Spain’s biggest cities where work opportunities are greatest, nor is it a traditional summer tourism destination, nor does it house a major port which would be the logical incoming point for goods imported from China, for those who seek to run businesses in Spain; the main shipping gateway for goods from the east Asian country is Valencia, some 700 kilometres away from Cantabria.

The breakdown of non-Spanish buyers shows the overwhelming majority are from countries relatively nearby, geographically – the significant foreign groups come from countries less than three hours away by air and served by frequent low-cost flight connections.

To this end, the former PP-led government’s so-called ‘golden visa’ plan does not seem to have contributed greatly towards foreign interest in home purchases in Spain – back in 2013, in a bid to encourage the Russians, Arabs, Chinese and US nationals, a law was passed that granted automatic permanent residence rights to any non-EU buyer who purchased a home or homes to a total value of more than half a million euros.

According to the College of Registrars, barely 5.72% of homes purchased by non-Spaniards cost more than half a million – and, within this percentage, only around a third went to non-EU buyers; fewer, in fact, than the 41.5% of non-Europeans among the foreigners buying top-price properties in 2012, before the ‘golden visa’ law was passed.

But in most of Spain, half a million euros is enough to buy a property of extreme luxury, if not opulence – unlike in northern Europe where this may be the bare minimum to buy any home at all; in a desirable London postcode area, for example, a modest two-bedroomed flat would be worth at least two ‘golden visas’ in Spain.