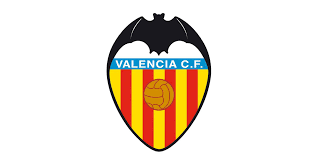 Valencia avoided an upset in the Copa del Rey last night with a 3-0 win over second-division club Sporting Gijon, advancing to the quarterfinals 4-2 on aggregate and easing some of the pressure on embattled coach Marcelino.
Valencia hadn’t won in three matches this year and calls for Marcelino’s firing had grown louder in recent days, but the comfortable victory at the Mestalla should give him some breathing space.
Gijon was the only team from the lower tiers still in the competition.