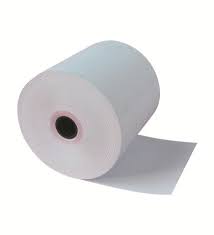 Shiny till-roll paper used for card payment machines and as proof of purchase are made with a chemical that can cause cancer and infertility, according to a joint study involving Granada University.

More than nine in 10 – in fact, 95.3% – of purchase receipts issued in Spain contain Bisphenol-A in the print, a compound used to make certain types of hard and soft plastics and which acts as a xenoestrogen, or produces properties similar to those found in the female hormone oestrogen – and, conversely, can act as an antagonist to oestrogen, reducing its natural production.

The European Chemicals Agency listed Bisphenol-A (BPA) as a ‘substance of special concern’ because of its endocrine-disruption effects, which can lead to hormone-related obesity and other health problems, including cancer in hormone-dependent organs.

Research led by Granada University also involved scientists from the same city’s San Cecilio University Hospital and from the Granada Biohealth Research Institute, along with the Université Paris-Déscartes and the Necker Enfants Malades hospital in the French capital, plus the National School of Public Health in Rio de Janeiro, Brazil.

They also found that nearly 91% of till receipts in Brazil and 50% in France contained BPA.

Those which do are easy to identify, says the research team, since they fade over time and the print disappears completely.

“The white powder which comes off when you take the receipt out of your purse and which sticks to your fingers is the BPA,” says a spokesman for the Biohealth Research Institute.

Investigators advise consumers not to let receipts get near food, nor screw them up to dispose of them, write notes on them or keep them in the car, purse or a handbag, nor let children play with them.

BPA levels in the blood and urine have been found, in previous studies, to be higher after people ate with their fingers after handling purchase receipts, or touched these after cleaning their hands with an anti-microbial sanitiser.

The problem comes with the fact that BPA is present in a high number of everyday plastics – and is most likely to enter the human body via the lining of food tins and drinks cans, or plastic water bottles.

This said, the amount of BPA person is exposed to from all sources in everyday life is 1,000 times lower than the safe levels established by government authorities in Europe, the USA and Canada, according to the Centre for Disease Control (CDC) in the United States.

And the European Food Safety Authority says ‘current exposure levels’ of BPA pose ‘ no health risk’ to anyone, even ‘unborn children, infants and adolescents’.

The UK Food Standards Agency says numerous studies appear to show BPA is ‘rapidly absorbed, detoxified and eliminatd from humans’, and ‘therefore is not a health concern’.

Nevertheless, more and more manufacturers are seeking alternate substances, such as Bisphenol-S (BPS) which has a similar molecular structure to BPA but is less harmful, and the Granada University team’s findings – published in the magazine Environmental Research – says ‘surveillance systems’ for ‘toxicity and chemical compounds’ are ‘failing’, particularly in their ‘duty of care’ towards the hundreds of thousands of people who work on tills and are in constant contact with purchase receipts containing BPA.