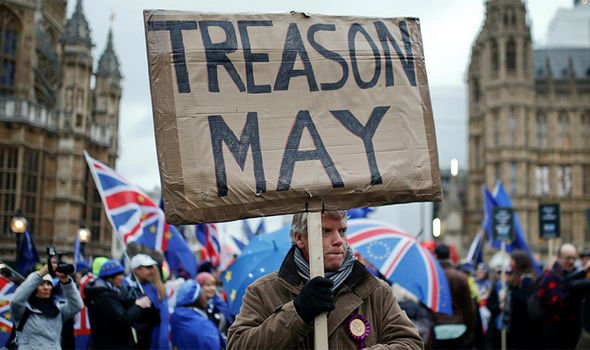 The prime minister said the vote shows it is important that countries are able to manage their “own economic affairs tightly” even though he did say Australia’s direct economic consequence to the Brexit fiasco is “limited”. Mr Morrison told Sky News Australia: “The direct economic impacts on Australia are limited. But it does highlight the impacts of global uncertainty in the economy. “We are already seeing some real tensions when it comes to trade. In 2019 the global economy is facing more uncertainty than it was this time last year.

“At a time of increasing uncertainty in the global economy – largely things that Australia and indeed the Pacific nations have no direct ability to influence one way or the other – it’s very important that you manage your own economic affairs very tightly.”

Mr Morrison has insisted Australia’s trade relationships with Britain and the EU are in safe hands following the record defeat.

The prime minister said: “Australians should feel reassured that a safe and steady pair of hands has been managing what is a very uncertain and unstable set of arrangements.”

Speaking on Australian radio, Mr Morrison said: “These are quite extraordinary and uncertain times.

“It could lead in any number of directions it seems from here, with just 73 days to go now until the scheduled date for Brexit to take effect.”

The opposition leader Bill Shorten said the uncertainty was bad for the British people saying: “I think what we’ve got to do is make sure we maintain good relationships with Europe and with Britain, and we get the advantages we can for our businesses.”

He also said if he were to be elected, he could work with either Mrs May or Mr Corbyn.

Former prime minister Tony Abbott has strongly suggested Britain should walk away from negotiations, using Twitter to ask: “What’s wrong with a no deal? Australia does $100 billion a year in trade with the European Union without a deal.”