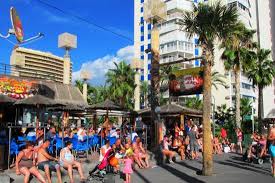 The beachfront bar, Tiki Beach, located on Benidorm’s Levante coast, has reopened its judicial battle in order to escape closure.

The Supreme Court previously ordered the closure of the ‘controversial’ bar, owned by the Tiki Group, last September.

However, the business has filed an appeal before the Provincial Court of Alicante against the decision made on December 10 by the Criminal Court 1 of Benidorm, claiming the testimony provided by the witness was false, stating that it was ‘crucial’ in the closure verdict.

Nevertheless, the judge allegedly concluded in his ruling that even if the accused did not express the facts in a reliable manner, he would not be guilty of the crime of false testimony since these statements were not related to the main purpose of the procedure: the closure of the establishment due to excessive noise.

The Spanish press have stated that according to the Criminal Court, the witness had been called to the stand to voice an alleged altercation between Tiki Beach’s owner and the community’s neighbours.

The acquittal sentence reportedly recognised that his words could ‘affect the honour of those implicated, but never the purpose of the trial’.

Reportedly, Tiki Beach still believes that the neighbour’s testimony, who lived at the Santa Margarita building, was crucial to the verdict given on June 22, 2015, by the Court of Primera Instancia 1, to close the establishment.