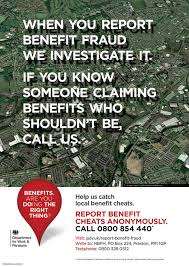 A woman who fiddled almost €50,000 of UK taxpayers’ cash while bragging about running a business in Spain on her Facebook account, has been sentenced to a suspended six month jail term.

Louise Jones, 50, reportedly claimed British disability benefits and housing allowance for almost 10 years, despite living in Spain. The disability aid she was entitled to.

Jones was rumbled after posting photographs of her wedding to property dealer Bruce McHardy on social media.

An investigation showed she received housing benefit for two houses owned by her husband in Hull and Cleethorpes, while living with him near Alicante.

According to the Mid-Devon Advertiser, Jones posted images of her engagement in 2015 and her wedding two years later, describing herself as managing director of McHardy’s property business.

Exeter Crown Court reportedly heard the marriage didn’t last long as McHardy dumped her when the benefits stopped, and Jones was forced to move back to her family in Devon and face the legal consequences.

The Judge also set a timetable for the seizure of any remaining assets under the Proceeds of Crime Act, which may include any joint interest in the two houses owned by McHardy.