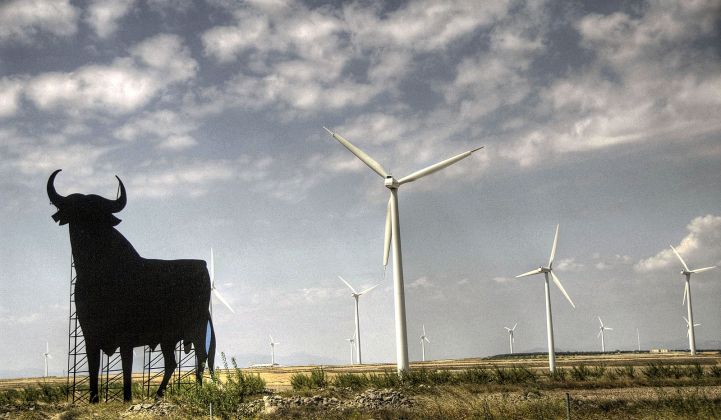 It comes as the country sets a target of 100% renewable electricity by 2050.

Prime Minister Pedro Sanchez has vowed to spend €235 billion over the next 10 years in a bid to combat climate change in Spain.

He apologised for the country’s inaction on climate change over the last decade, which he blamed on the hostile economic crisis Spain suffered for around six years.

A new energy and climate change plan is expected to be submitted soon to the European Union, revealed Sanchez, which will see investments of €235 billion from 2021-2030.

He added that a new eco-friendly legislation will be presented to parliament by the end of January.

“Spain is ready to contribute to creating a global economy that is prosperous, fair and ecological,” the PM announced at a high-level discussion in Madrid.

Sanchez added that he is aiming for the newly eco-conscious country to become ‘socially just’, while keeping labourers such as coal miners in mind, who are set to lose their jobs as Spain plans to switch to 100% renewable electricity by 2050.