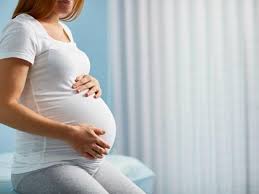 According to a study carried out by BCNatal, the Center for Maternal Fetal of the Sant Joan de Deu and Clinic hospital, 42 per cent of women consume alcohol despite the negative affect it can have on the baby’s growth and neurodevelopment.

The report, posted in the ‘Alcohol’ journal, claimed that nearly half of the pregnant population consumed alcohol, even if it meant only having one glass of wine a week.

Investigators are urging the need to implement awareness campaigns such as the ones carried out for tobacco.

During the study, funded by ‘la Caixa’, pregnant women were asked if they consumed alcohol and despite most answers being ‘negative’, results indicated the opposite after analysing fragments of the women’s hair.

The authors of the study have said that women believe that consuming ‘small amounts’ of alcohol, such as a glass of wine a week, is not harmful to the fetus.

Results showed that only between 2 and 3 per cent of pregnant women admitted to drinking alcohol.

The study included 153 women who gave birth at the BCNatal in Barcelona.

After giving birth, the study investigators took a hair sample of nine centimetres (one centimetre of hair corresponds to one month) from each woman to see if alcohol or tobacco were detected during the pregnancy period.

The hair samples were sent to the National Centre on Addiction and Doping’s laboratory in Rome.

According to the authors of the study, an important discrepancy exists in women’s perception of alcohol consumption during pregnancies and its side effects.

Doctors say that alcohol passes immediately to the fetus, where it is toxic to the neurological tissue, and, in its most severe form and with high consumption, causes fetal alcohol syndrome (FAS), with intellectual delay and malformations.