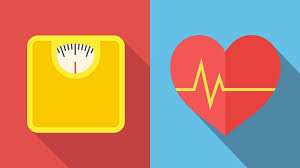 National health authorities have announced a radical crackdown on sugar, salt and saturated fat in supermarket goods, and have managed to get nearly 398 companies on board in its efforts.

Around 4,000 packaged products, including ready meals, will be affected by the new scheme, designed mainly to fight obesity.

By the year 2020, food producers who have signed up have pledged to slash levels of refined sugar, saturated fats and salt by 10%, although the ministry of health says its drive to improve nutritional quality on the high street ‘is here to stay’ and will ‘extend far beyond the year 2020’.

Already, the food industry, including manufacturers, the catering trade, distributors and vending machine franchises have been working on improving nutritional quality for several years, and have been calling for Spain’s government to complement their efforts with more campaigns encouraging physical activity.

Packaged and processed food is particularly crucial to target, since the National Institute of Statistics (INE) has proven that households on the lowest incomes are the most likely to eat a poor diet and to exercise, both factors leading to a greater obesity problem in the poor than in the wealthy.

Figures show that in Spain, 54% of the adult population and 40% of children are clinically overweight, whilst actual obesity – defined as being above set weight-height ratios and BMI measurements – affects 17% of adults and 18% of children.

Health minister María Luisa Carcedo says the scheme has been a ‘hit’ and has praised the ‘enormous efforts’ of the food industry, especially the 398 firms which have taken the 10% pledge.

The sugar, fat and salt reductions will affect 13 main food and drink groups including snack items, soft drinks, cakes and pastries, breakfast cereal designed with children in mind, dessert pots such as custard, mousse and similar, meat products, biscuits, ice-cream, juice-based drinks that are not pure or 100% from concentrate, packaged rather than fresh bread, ready meals, dairy products, and sauces.