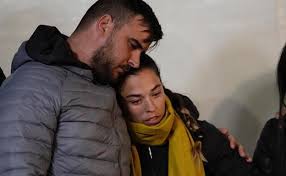 Spain’s Minister for the Interior has confirmed police can now “restart” the process of investigating how two-year-old Julen came to fall down a 72-metre borehole in Totalan after rescue workers found the toddler’s body at 1.25 this morning.

Fernando Grande-Marlaska claimed police had not yet made any, “presumptions,” but would now carry out their investigation, “with the greatest speed, but with the maximum care.”

He added: “I do not have data regarding the preliminary report of the autopsy,” explaining, “Whether the borehole was legal or not will be the subject of the corresponding investigation.”

Marlaska told media, “The most important work up until now has been the rescue of Julen.”

He added, “The work of the Guardia Civil has not ended because now it is now carrying out its investigative work to find out the circumstances in which this tragic event took place.”

Marlaska expressed his gratitude towards the approximately 300 workers who helped in the operation to reach Julen, saying, “I feel proud and grateful for the solidarity shown by residents and professionals.”