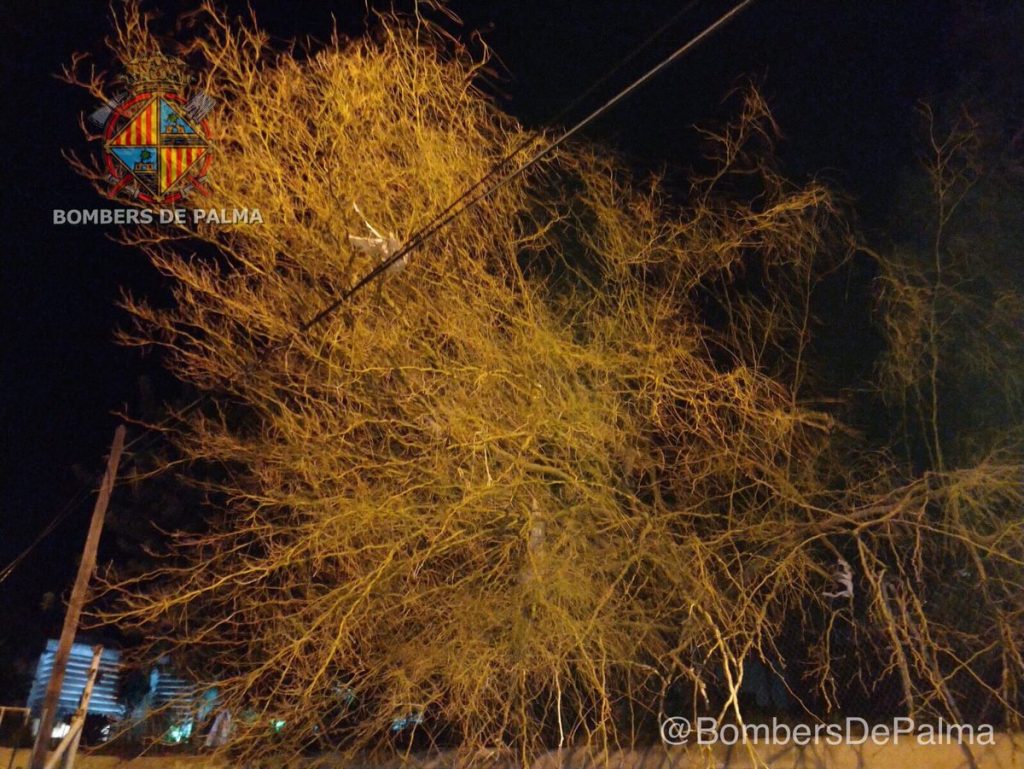 Fierce winds which hit Palma last night and this morning left a trail of damage and kept fire fighters busy around the clock.

At least 10 incidents were recorded with the majority involving fallen trees.

Fortunately there were no injuries, though a motorist had a lucky escape when a branch fell on his car in the Real de Secar area last night.

Fire fighters were earlier despatched to Calle Can Estada after huge gusts had blown a tree into nearby telephone cables, where it was being supported precariously.

The emergency team evacuated and made the area safe.

And around 6am this morning, several members of the public reported large tiles were falling from a building in Calle Sant Vicenc Ferrer into the road below.

According to the State Agency of Meteorology, Aemet, wind speeds reached 80 kmph and up to 110 in mountainous areas.