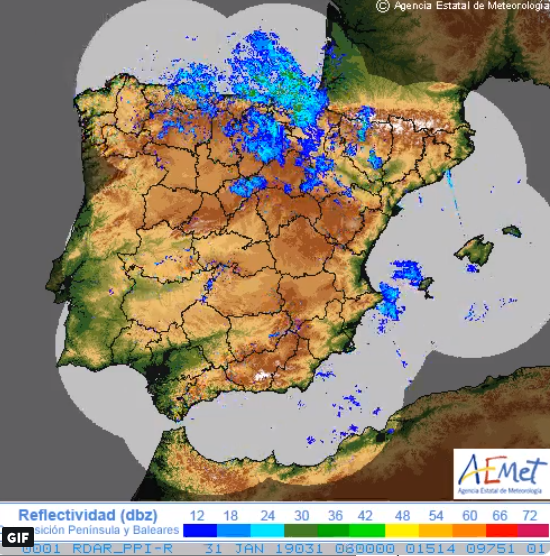 Aemet has warned of strong winds and extreme coastal waves starting, in some cases, today (Thursday) through until Saturday, and possibly even Sunday.

Winds between 80km/h and 90km/h and waves up to four metres high are expected.

The national Met Office has reported that the entire autonomous community of Andalucia will be affected.

The Costa del Sol can expect yellow and orange weather for a full 24 hours, starting from Friday at 12pm up until Saturday at midnight.

Almeria is set to have extreme weather from today through the entire weekend.

The Costa Calida is under yellow and orange alert until Saturday.

Tourist favourite, the Costa Blanca, will also be hit by coastal waves and extreme winds as of today (in some areas), spreading across the costa up until Saturday night.

Weather will be even worse in the Balearic Islands with orange and yellow alerts issued until late Saturday.