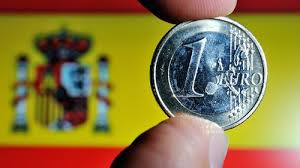 The outlook for 2019 is lower because of domestic uncertainties such as the budget impasse.

The Spanish economy is proving to be surprisingly resilient to the global slowdown. Spain’s GDP posted annual growth of 2.5% in 2018, according to provisional figures released on Thursday by the National Statistics Institute (INE).

This growth rate is lower than the 3% and more that were registered in the three previous years, but it still compares favorably with the rest of the euro zone.

The new figures show that economic growth accelerated to 0.7% in the last three months of the year, slightly up from 0,6% in the second and third quarters. The growth was fueled by a rise in exports and more consumer spending.

By comparison, the euro zone registered growth of 0.2% in the last quarter, as the European economy struggled with political uncertainty in Italy, the yellow vest protests in France, and the German auto industry’s struggle to adopt new environmental regulations.

The good news about the Spanish economy adds to recently released figures showing that 2018 ended with the biggest surge in job creation of the last 12 years.

The growth outlook for 2019 is 2.2%, although Bank of Spain Governor Pablo Hernández de Cos said that this forecast could go down to account for the effect of new taxes and the European slowdown.

Spain is facing uncertainty of its own as the minority government of Socialist Party (PSOE) Prime Minister Pedro Sánchez struggles to secure parliamentary support for its budget blueprint. If there is no deal, Spain will be headed for early elections, said Finance Minister María Jesús Montero in an interview on Tuesday.