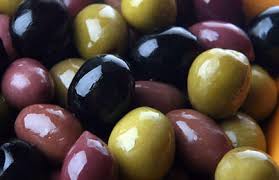 Washington on Tuesday hit back at an EU challenge to tariffs on Spanish olives, saying the economic bloc was trying protect unfair trade.

The European Union on Monday announced it would file a complaint in the World Trade Organization against the steep US import duties, saying American officials refused to reconsider their decision.

“It would be unfortunate if the WTO were to encourage the type of unfair and market-distorting trade that was at issue in this case,” US Trade Representative Robert Lighthizer said in a statement.

“We believe that the EU’s case is without merit and we intend to fight it very aggressively.”

Two California olive producers in 2017 complained to the US Commerce Department that Spain was unfairly subsidizing olive production and dumping the product on the US market at below fair market value.

The department in 2017 slapped tariffs on the olive imports as a result, after finding that US producers were injured as a result of unfair trade.

US imports of Spanish olives were valued at about $67.6 million in 2017, according to the Commerce Department.

The US estimates that olives from Spain are sold for 16.88 percent to 25.5 percent less than their real value.