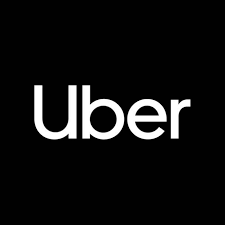 Ride-hailing services Uber and Cabify announced on Thursday that they would be pulling their services out of Barcelona from tomorrow onward. The companies are doing so in response to the approval by the Catalan regional government of regulations that will force customers to request their services 15 minutes ahead of their planned journey time.

The new law from the Generalitat, as the regional government is known, was passed in response to demands from taxi drivers, who have been on strike in Barcelona and Madrid in recent days over what they consider to be unfair competition from Uber and Cabify drivers, who operate in Spain using what are known as VTC (private hire) licenses.

Stoppages in Barcelona were suspended last week but continue in Madrid, with drivers having blocked a number of areas of the city over the last seven days, as well as staging noisy demonstrations outside the headquarters of the conservative Popular Party (PP), which is in power in the Madrid regional government.

Uber neither owns cars nor licenses in Spain, and it limits its activities to simply offering the technology platform that drivers can use to find customers. But it will be affected by the move that it and its competitor Cabify have made. The American firm has sent a message to its users, entitled: “So long Barcelona,” in which it blames the regional government for the closure of the UberX service it was offering in the Catalan capital.

For its part, Cabify – which does own VTC licenses at the same time as working with other companies, to whom it offers its technology platform – will contact its users on Friday to convey what it considers to be its “expulsion” from Catalonia.

“Nearly a year ago we returned to Barcelona with one commitment: to do things properly,” reads the statement released by Uber. “Since then, more than half a million people have chosen us to get them around the city. And thousands of drivers have found a way to make a living with Uber.”

Several years ago now, the San Francisco-based firm tried to launch in Spain the model that brought it so much success in its home country: i.e. a platform that allowed anyone with a car to essentially be a taxi driver. But it was quickly forced to close its service due to protests from the taxi sector and legal challenges, and in 2018 it returned with a service that observed Spanish law and regulations, using VTC licenses. This activity will now be curtailed by the regional government decree, which is aimed at differentiating the activity of taxis and that of VTC vehicles.

VTC drivers have also been out on the streets to demonstrate, in opposition to the government decree. Uber and Cabify have announced that the measure will cost more than 3,500 people their jobs. “The obligation to wait 15 minutes to travel in a VTC vehicle does not exist in any other place in Europe, and it is completely incompatible with the immediacy of on-demand services such as UberX,” the company statement continues.

For its part, Cabify has released a statement in which it condemns the Generalitat for “having given in to the pressure and demands of the taxi sector, seriously damaging the interest of citizens.” It adds that it believes the 15-minute wait time will make its business inviable, given that 98.5% of its journeys are offered below that time frame.

Meanwhile, the spokesperson for Élite Taxi in Barcelona, Alberto Tito Álvarez, released a statement in which he celebrated the decision by Uber and Cabify to end their services in Barcelona. “This is a victory for working people against the enslaving multinationals, and not just of the taxis,” he said. He criticized the fact that these companies had created what he called “a fraudulent business model,” and assured that the new regulation would put an end to the model.

The direct consequence of the two companies pulling out of Barcelona will fall on the more than 3,500 drivers with VTC licenses in the city. A company called Vector Ronda, for example, which has a workforce of nearly a thousand people and operates mostly with Cabify, has already announced to its workers that it will be executing a mass layoff plan, known in Spanish as an ERE. However, it is yet to officially notify the regional labor department of this plan. In a statement, Spanish union CCOO rejected the ERE, saying that “these announcements are designed to exert pressure on a political decision, making use of workers.”