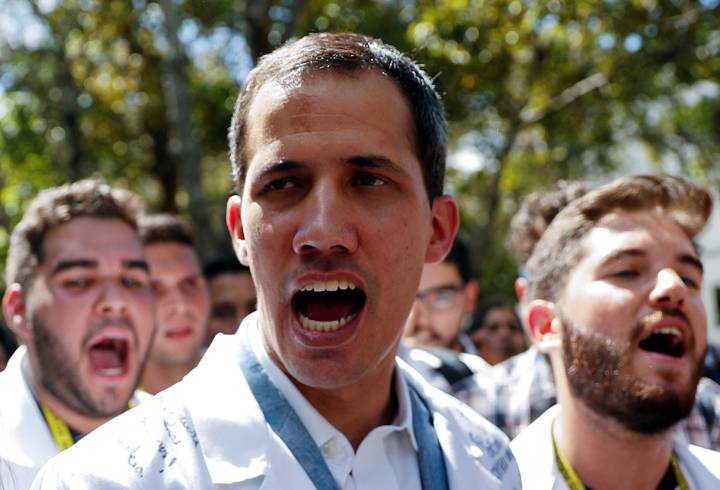 The Venezuelan government has released three journalists who were arrested on Wednesday as they were covering President Nicolás Maduro’s standoff with the opposition for the Spanish news agency EFE. All three are going to be deported to Colombia, said the agency.

EFE President Fernando Garea denied that the journalists had entered Venezuela illegally, as authorities there had suggested. “They identified themselves as journalists at the airport, and were interrogated,” said Garea.

The Spanish government had on Thursday demanded “the immediate release” of  the three journalists and one driver who were detained in the capital, Caracas, by the Bolivarian National Intelligence Service (SEBIN).

“Ever since we learned of the arrests, the government, through its embassy in Caracas, is taking all the necessary steps to secure their release with the shortest possible delay,” said a statement issued by La Moncloa, the seat of Spanish government.

The detained individuals are a Spanish reporter named Gonzalo Domínguez Loeda, the Colombian journalist Mauren Barriga Vargas, the Colombian photographer Leonardo Muñoz, and a Venezuelan driver named José Salas, said EFE. The three journalists are part of a team that traveled to Caracas from Bogotá to report on the ongoing crisis.

According to the National Union of Press Workers of Venezuela (SNTP), seven media professionals remain under arrest in the country: two from Venezuela, two from Colombia, two from France and one from Spain. Two Chileans were recently released and deported.

After National Assembly speaker Juan Guaidó took an oath declaring himself the interim president of Venezuela on January 23, Spain initially kept a low profile on the subject, while other countries moved to recognize Guaidó.

Even when fellow European leaders such as France’s Emmanuel Macron spoke out in Guaidó’s support, Prime Minister Pedro Sánchez kept quiet despite criticism from the opposition at home.

In recent days the Socialist Party (PSOE) leader’s position has become more clear. This week he called Nicolás Maduro a “tyrant” and met with Venezuelan opposition leaders in Dominican Republic. In Mexico, however, where authorities do not support Guaidó, Sánchez softened his tone.

Spain, along with other European countries, has given Maduro a deadline to hold new elections.

“If within eight days there are no fair, free and transparent elections called in Venezuela, Spain will recognize Juan Guaidó as the Venezuelan president,” said Sánchez said in a televised address on Saturday.