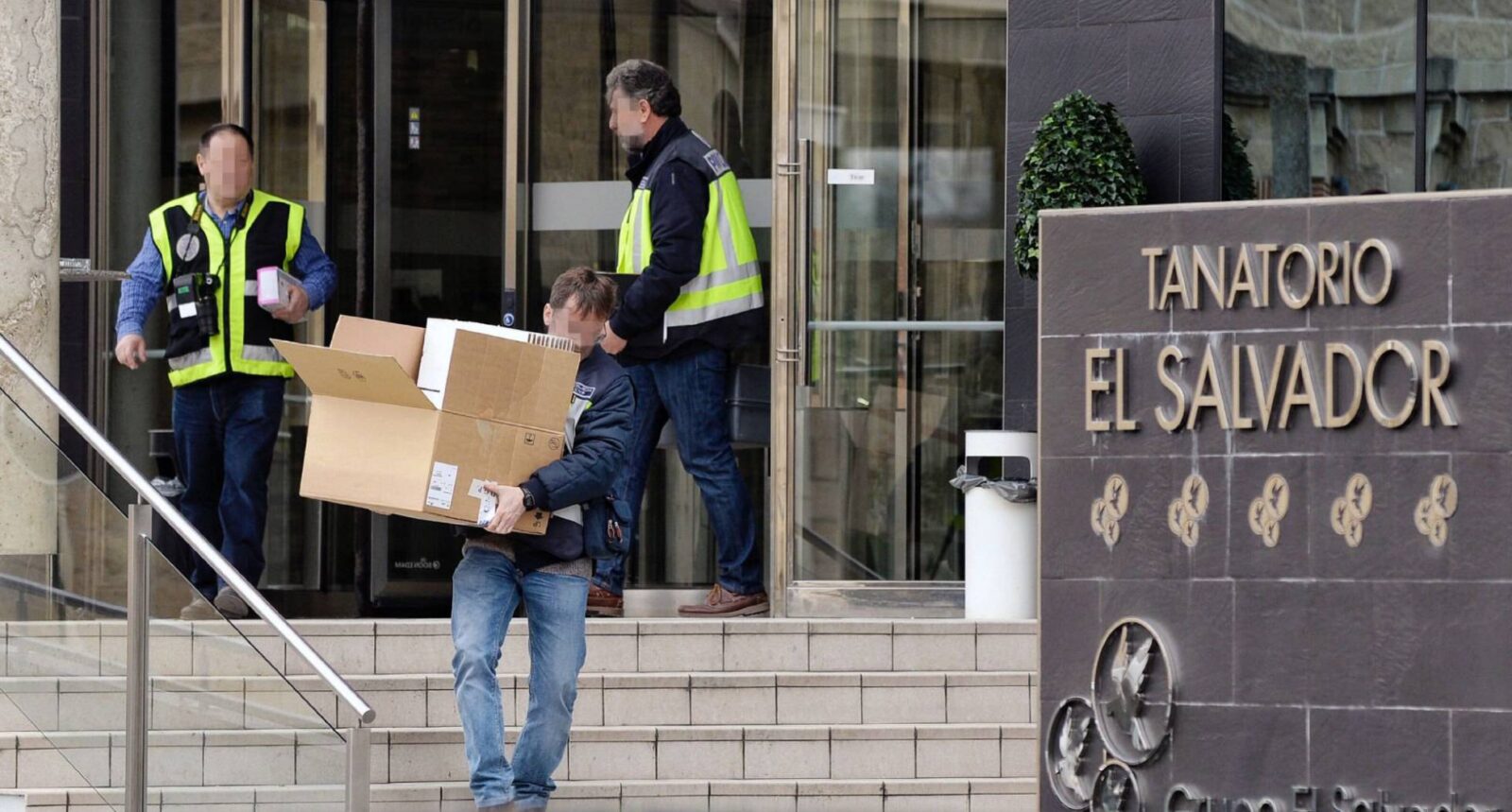 Investigators suspect that employees at a Valladolid funeral home were removing bodies from their expensive caskets and placing them in cheaper ones before cremation.

In a joint investigation with the Spanish Tax Agency, police officers are investigating a funeral home  in Valladolid, a city in northwestern Spain, for allegedly removing bodies from their caskets and placing them in cheaper ones before cremation with the intention of reselling the more expensive coffins.

The information has been published by online Spanish newspaper Eldiario.es, and confirmed by police sources who state that the investigation is still ongoing and that 16 people – some from the same family – have been arrested so far.

The probe, which has resulted in searches of three of the company’s offices and in the homes of some of those arrested, took place while wakes were being held at El Salvador funeral parlor in Valladolid.

The investigation began in 2017, apparently triggered by a complaint from one of the company’s employees. Grupo El Salvador is one of the biggest funeral businesses in the province. According to its website, it has five different funeral parlors in different municipalities (Valladolid, Medina de Rioseco, Tudela de Duero, Peñafiel and Mojados) and three more are being built in Tordesillas, Olmedo and Laguna de Duero. Since 2015, the company has also been managing the municipal funeral home of Montemayor de Pililla, and has provided complete funeral services for wakes in Tordesillas and Tudela de Duero.

Investigators believe that the company also reused the large flower wreaths that are purchased for wakes. Officers are not sure how long the fraud has been going on for or how many families have been affected, but given the high cost of funerals, they suspect that the company has been making millions. A burial can cost between €2,500 and €6,500, and much of the cost is due to the casket, which can come with a price tag of anywhere between €600 and €4,000.

The central government’s delegate in the region, Virginia Barcones, said up to €1 million in cash was found in the home of one of the company’s owners.

El Salvador, a family-run business that has been handed down from generation to generation, presents itself as a leader in funeral services in the Castilla y Leónregion. On Thursday morning, the company refused to take any calls from journalists. In the afternoon, a secretary announced that the firm would be making a statement in the next few hours.

“The matter is in the hands of the company’s lawyers,” they said, without confirming or denying the accusations. “All of these claims came from a disgruntled employee who reported them and who has already faced the company in court.”

The company statement confirmed this and added that the investigation is a “separate offshoot of the previous judicial proceedings” and a result of “a complaint filed previously against Grupo El Salvador.”

The company emphasizes that “since the beginning” it has upheld “rigorous controls that assure and guarantee total transparency in the cremation process. All of the group’s funeral homes have rooms where the family can see the coffin enter the cremation area.”

The prosperous family business was established in December 1985, and has “offered more than 30 years of comprehensive mortuary services in the capital of Valladolid as well as in the rest of the province.” The company assures that their “purpose is to cover and take care of the entire death process, such as providing the funeral service in our own Jardín Parque El Salvador cemetery, or facilitating the process in other public cemeteries. We have a staff of 70 professionals who provide personalized 24-hour attention, 365 days a year.”

Some current employees who found out about the accusations through the press expressed their confusion to EL PAÍS on Thursday. “I’m in shock. I heard the news on TV because I didn’t have to go to work today,” said one employee. “I have been working there for many years and have never seen the slightest problem, not between employees, nor between the company and employees. I don’t think they’ve ever fired anyone,” said another employee. “The attitude has always been good, very familiar. I hope that things will get cleared up soon and that there will be some sort of legal redress, because the damage is great.”