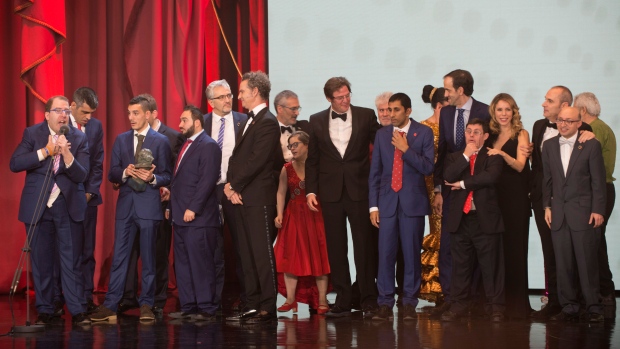 The film “Campeones” (“Champions”), a comedy about a basketball team featuring actors with mental disabilities, has won best picture at the Spanish Film Academy’s Goya Awards.

Directed by Javier Fesser, “Campeones” took the top prize at the gala that ended early Sunday morning, while the dark thriller “El reino” (“The Kingdom”) was the night’s big winner, sweeping up seven awards.

The Goya for best new actor went to Jesus Vidal, who has a visual disability, for his role in “Campeones.”

Vidal told the audience “you have recognized an actor with a disability. You don’t know what you have done. Three words come to mind: inclusion, fun and visibility.”

“El reino,” a dive into the murky realm of corruption in Spain, earned Rodrigo Sorogoyen the best director award.