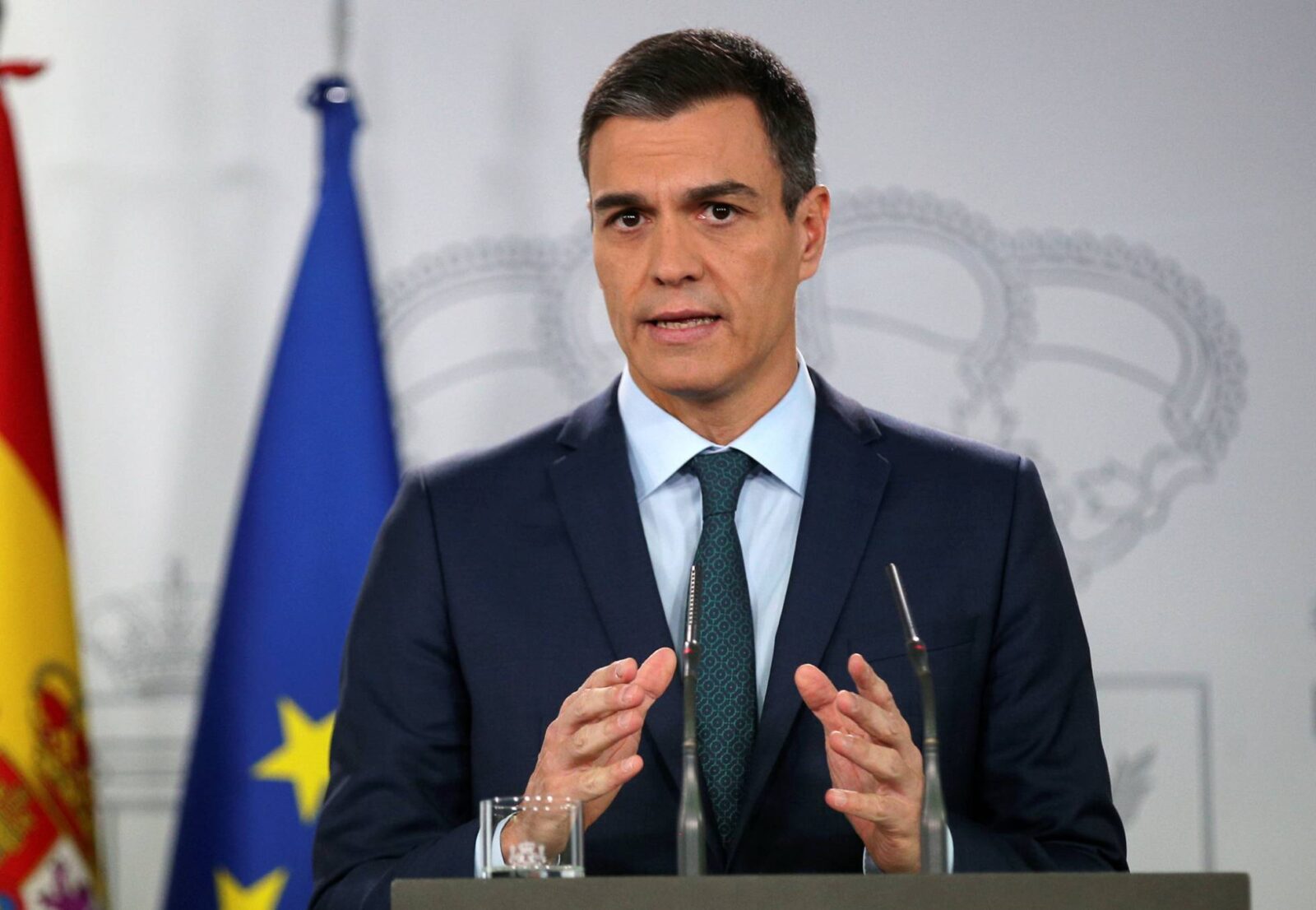 Spanish Prime Minister Pedro Sánchez held a news conference on Monday at 10am to announce that “Spain officially recognizes Juan Guaidó, the leader of the National Assembly, as the interim president of Venezuela.”

Sánchez also announced that Spain will foster a humanitarian aid plan for Venezuela within the European Union and United Nations.

“In the coming hours I will contact European and Latin American governments,” said Sánchez, adding that Guaidó must now “call free elections as soon as possible” because “it is the people of Venezuela who must decide their future, and the international community must respect and verify the outcome.”

In a tweet after the six-minute press conference, Sánchez wrote: “I recognize @jguaido as interim president of Venezuela with a clear horizon: calling free, democratic presidential elections with guarantees and no exclusions. I will not take a step back. For freedom, democracy and concord in #Venezuela.”

At 10.09am, Britain’s foreign secretary Jeremy Hunt tweeted that “Nicolas Maduro has not called Presidential elections within 8 day limit we have set. So UK alongside European allies now recognises @jguaido as interim constitutional president until credible elections can be held. Let’s hope this takes us closer to ending humanitarian crisis.”

Attempts by the EU to reach a common position in order to recognize Guaidó, at least implicitly, have run into opposition from a group of countries led by Italy. The differing viewpoints among EU members have to do with the wording and the deadlines to recognize the National Assembly leader as the interim president of Venezuela until new elections are called.

Monday was the deadline that Spain, Germany, France and Britain had given Nicolás Maduro to announce new elections in the crisis-ridden country.

But during a television interview with Spanish network La Sexta, Maduro said he was not contemplating either stepping down or calling new presidential elections: “I don’t take ultimatums from anybody. International politics cannot be based on ultimatums. Why should the EU order a country around?”

The joint EU position was discussed late last week by foreign ministers from the 28 member states gathered at an informal meeting in Bucharest, Romania. While no common statement on Guaidó emerged at that gathering, the EU did agree to create an international contact group to promote new elections in Venezuela.

Spanish Prime Minister Pedro Sánchez had been facing internal and external pressure to recognize Guaidó as the legitimate president ever since the latter took a public oath on January 23, triggering a wave of support from countries in the Americas.

The US administration contacted the Spanish government right before Guaidó declared himself the new leader, and afterwards, it pressured for Spain and the rest of the European Union to recognize Guaidó and break all dialogue with President Nicolás Maduro.

For days, Sánchez remained silent while other leaders around him, including Emmanuel Macron of France, expressed support for Guaidó. Then, at the World Economic Forum in Davos, Switzerland, the Spanish PM phoned Guaidó and made the first public statements suggesting support for him. A few days later he described Nicolás Maduro as a “tyrant.”