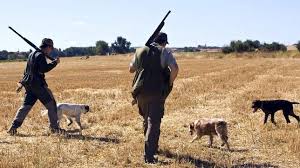 Thousands of animal rights protestors in 35 cities across Spain have demonstrated against hunting.

The rallies, organised by platform No a la Caza (No to hunting) as the fox hunting season begins in Galicia, aim to push the government to ban the sport.

The organisation said: “The more defenceless a creature is, the more right it has to be defended.”

It added: “Neither those considered prey, nor sentient beings used as weapons – hounds, or any other time type of animals regardless of breed of species – deserves to suffer for simple human fun.”

The demonstrations took place throughout Spain, including in Alicante, Almeria, Badajoz, and Sevilla.

According to a report by Ecologists in Action in 2016, the number of hunting licences in Spain has decreased by 40 per cent in the last 40 years to 800,000.