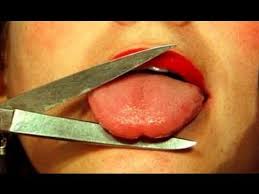 Police have arrested a 51-year-old Spanish man who allegedly tried to rip out his partner’s tongue in the town of La Fortuna, Madrid.

The 43-year-old Honduran woman is reportedly still recovering in hospital and said to be suffering from severe wounds which have so far prevented her from making a police statement.

Officers said the incident took place at the couple’s home in the south of Madrid when the man allegedly tried to cut the woman’s tongue while also pulling at it with his hands.  The man is said to hold multiple police records, including an arrest last month, but there was no restraining order in place against him.