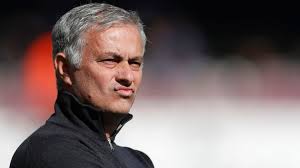 Former Real Madrid FC manager José Mourinho has been ordered to pay a €3 million fine and awarded a one-year suspended prison sentence over an unpaid tax issue dating back to between 2011 and 2012.

The Portuguese trainer reportedly signed a contract ‘before September 2004’ to cede royalties for use of his image to the dormant front company, Kooper Services, based in the British Virgin Islands.

He moved to Madrid in 2010 and is said to have used the firm to bill for his image rights, saving him €3.3m in tax to the Spanish State.

Later, in September 2004, Mourinho signed another contract to cede these payments to Kooper Services and to the Irish company Multisports & Image Management Limited and, four years later, to the Ireland-based Polaris Sports Limited.

The latter company was commissioned to seek and negotiate representation contracts on his behalf.

After moving to Madrid, the trainer filed his tax declarations for the years 2011 and 2012 without declaring his image royalties.

For the year 2013, Mourinho made a declaration as a non-resident, supplying confirmation from Global Directors Limited showing that the company Operating Nominees Limited owned 1005 of Kooper Services’ shares.

He was informed in July 2014 that a tax office investigation had been launched into his affairs.

The tax office accepted expenses offset against the bill by Kooper Services, but found undeclared royalty income of €3.25m for 2011 and €2.8m for 2012.

Mourinho signed a declaration recognising the non-payment and settled the penalty of €1.15m this incurred.

After this, however, tax authorities became aware of the company structure set up to reduce tax liabilities, including the fact that Kooper Services was the full owner of the New Zealand-based firm Kaitaia Trust, which the trainer founded and is beneficiary of along with his wife and children.

Mourinho paid the difference last July, settling the debt, plus a further €122,000 in interest.

Given that the act of tax evasion, knowingly or otherwise, becomes a criminal offence for any liabilities exceeding €120,000, top-flight sports and entertainment personalities will, by default, always end up facing criminal action if found guilty, in light of their high earnings.

But in Spain, a prison sentence of less than two years does not have to be served if it is for a first offence, meaning Mourinho’s two six-month sentences for each year’s unpaid tax will not involve a custodial term.

During this time, he will be deprived of his right of ‘passive suffrage’ – effectively, being able to vote.