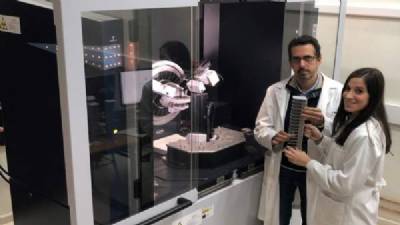 A planet-friendly way to fuel a car, in a nutshell – that’s what researchers at Córdoba University have just invented.

Batteries for electrically-powered vehicles that run on almond shells last 60% longer than the conventional variety, says the team.

“Climate change is a reality and its consequences are becoming clearer and clearer,” a spokesperson for the university says, “to the point where governments of the world’s main countries are taking steps to avoid the problem that could even lead to a possible ban on vehicles that run on combustible fuel.”

If this were to happen, drivers all over the planet would gradually have to switch their petrol, diesel and hybrid cars to 100% electrically-fuelled versions.

But these are slow to catch on at present, due to concerns about how long the battery power would last and whether there would be a charging point available in time, as well as the length of time it takes to recharge – and, of course, the very high purchase price for this type of vehicle.

The Inorganic Chemistry FQM-175 team at Córdoba University Fine Chemistry and Nanochemistry Institute (IUNAN) has spent the last few years trying to develop lithium or sulphur batteries suitable for cars, using materials that are kind to the environment, efficient at energy storage and high-performance.

One such material that seems to work as fuel for these batteries is almond shells, say Almudena Benítez and Marcos González of the IUNAN.

The results of their research have been published in the magazine Materials, and explains how almond husks can be converted into micro-porous active carbon and describes its excellent performance in sulphur-based batteries.

Testing the battery with express chargers – which take around an hour to completely refuel a car – has been successful.

The future of the car market will see increasing demand for faster and faster chargers, biomass-based fuels – which are kinder to the environment – and greater safety guarantees.

This latter aspect is the focus of the IUNAN’s latest research – building batteries using 3D graphite and non-flammable electrolytes.