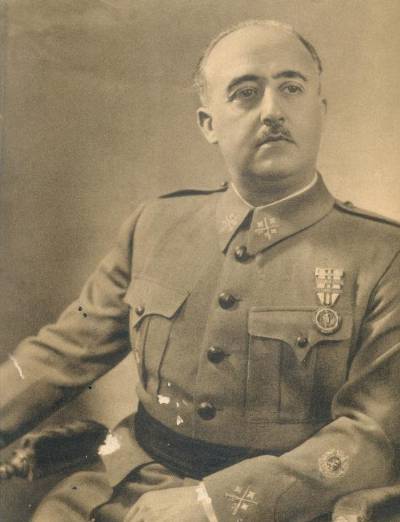 Hundreds of towns and villages in Spain have been ordered to remove vestiges of General Franco’s dictatorship – including renaming streets that have been dedicated to the fascist leader and his supporters.

A total of 1,171 roads and squares retain names or figures that were originally a homage to the dictator and his men, and the 656 local councils they belong to have been given instructions to wipe them out.

This falls in line with the Law of Historic Memory, passed in 2007, and the request has come from the ministry of justice.

Along with these towns, another 19 are still holding onto ‘memorabilia’ which ‘exalts’ the Civil War or the Francoist regime, the ministry reveals.

Shields, coats of arms, statues, placards and other pro-Franco symbolism is required to be replaced or removed by law, and the ministry of justice has threatened those towns which do not comply with the loss of government grants.

Town councils have, in the past, appealed the provisions of the Law of Historic Memory, but without success.

One case, in 2013, reached the Supreme Court – the highest contentious audience in Spain – where judges ruled that a statue of the dictator on horseback in Madrid’s San Juan de la Cruz square must be taken down.