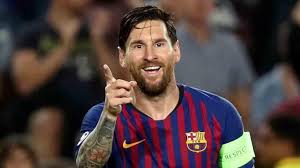 Barcelona president Josep Maria Bartomeu says the club’s transfer activity is an indication they are preparing for life after Lionel Messi.

Messi still has another two years left on his current contract and Bartomeu said that Messi’s retirement was “a while away yet”.

However, the 25-time La Liga champions are looking at signing players to take the club into a new era to ensure their continued success.

“We have to prepare the club for the future,” added Bartomeu, who is due to step down as president in 2021.

“We are bringing great young players to the team because we need to continue this era of success. That’s our responsibility.

“My mandate will be finished in two seasons. So I need to leave the club in a great position and tell the new president ‘that’s our legacy’.”

In 2017, Messi said he had moved closer to his “dream” of “finishing my career at home” after signing a new Barca deal, with the buyout clause raised to 700m euros (£626m).