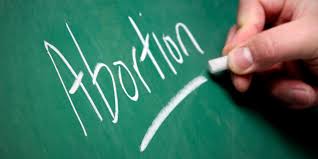 The president of Spain’s Popular Party (PP), Pablo Casado, has come out in support of taking the country back to 1985 abortion legislation that only allowed pregnancy terminations in very limited cases.

The conservative leader described that piece of legislation as “a consensus law” and said “there was no need to change it.”

There was an attempt in 2013 to repeal this law, but the initiative failed to gain political traction and its main sponsor, Alberto Ruiz-Gallardón of the PP, stepped down as justice minister in September 2014 as a result.

Now Casado, who promised a shift to the right when he became the new president of the PP in July of last year, says that he would like to roll back the 2010 law and go back to its 1985 predecessor, which he believes had broad social backing.

The conservative leader said that his party supports a “progressive” pro-life culture, and warned that Spain, with its ageing population, is facing “a demographic winter” that will endanger the pensions system as well as healthcare and other public benefits programs.

“I think we need to make an analysis of what kind of society we are building, and above all, and this is something that the left is very bad at, if we want to fund pensions and healthcare we need to think about how to have more babies and not about how to have terminations,” he said.

Casado said that Spaniards would do well to stop asking about abortion and start asking about public aid for motherhood, work-family balance, housing and tax deductions for having children.

The 1985 law, which was passed under the PSOE government of Felipe González, decriminalized abortion in cases of rape, risk to the mother’s health and accredited fetal deformities. Its 2010 successor made abortion legal in the first 14 weeks of pregnancy.

According to Casado, that change was a result of the Spanish political left’s “divisive strategy.” Because they were unable to legislate or manage the economy, he says, the Socialists focused on “dividing” Spaniards on issues such as abortion, euthanasia and historical memory.

Asked about Ruiz-Gallardón’s failed initiative, Casado said that the project “went further” than the 1985 law – it would have placed serious hurdles to pregnancy terminations even in the event of serious and accredited fetal deformities – and thus is not comparable to the PP’s current proposal.