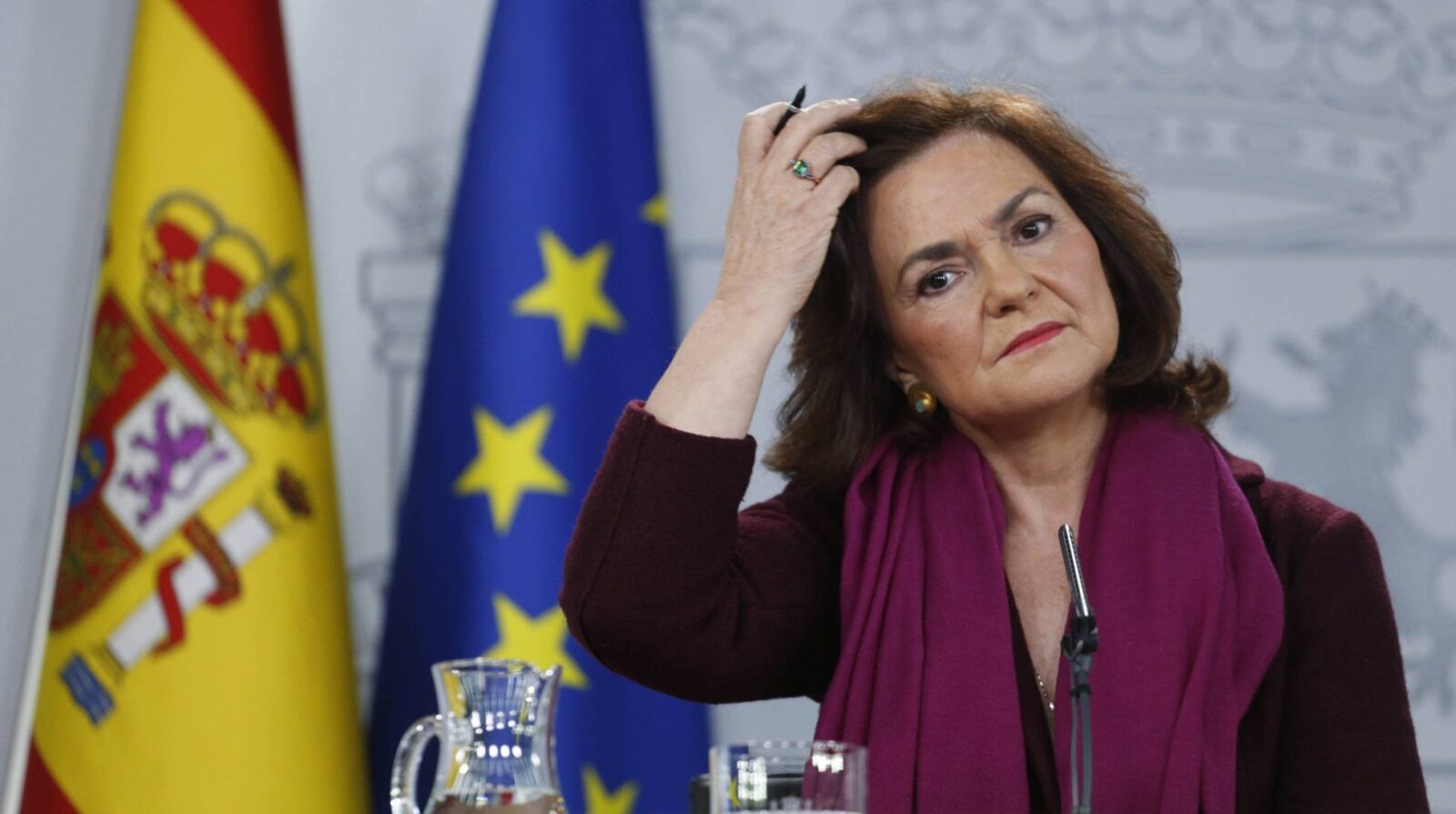 Deputy PM Carmen Calvo says separatist parties are rejecting offers, and warns that a veto of the budget plan could lead to early elections.

Spain’s deputy prime minister, Carmen Calvo, announced on Friday that talks with Catalan separatist parties are off, and that there will be no more proposals from Madrid.

“This government made a firm decision to build as many bridges as possible, but right now the framework we have created is not being accepted by the pro-independence parties,” said Calvo following the Cabinet meeting.

on. If this is not enough, then we have to stop. The separatists will have to explain why they are rejecting an offer for dialogue that is quite reasonable,” she added.

The announcement comes in the wake of a political storm in Spain over the government’s recent decision to accept having an observer at cross-party talks that were scheduled in the coming days.

It is unclear what this figure, which has been described as a cross between a rapporteur, a mediator and a notary, would have been tasked with doing at the talks, but the opposition said it was a concession to the Catalan separatists, who have repeatedly asked for international mediation.

On Wednesday, the Popular Party (PP), Ciudadanos (Citizens) and the far-right Vox party said they would call a street demonstration in Madrid this coming Sunday to protest the move and “throw out” Prime Minister Pedro Sánchez.

Deputy PM Calvo said on Friday that Spain’s right-wing parties are not helping with the attempts at dialogue, and accused them of using the situation to their own electoral advantage.

Sánchez is leading a minority government and could face early elections this year if his budget plan gets rejected. Approval requires support from pro-independence representatives sitting in Congress, but on Monday these groups said they would veto the blueprint unless Madrid made some gesture in favor of the individuals about to stand trial for leading the unauthorized referendum of October 1, 2017 and the subsequent unilateral independence declaration inside the Catalan parliament.

On Thursday, the PM flew to Strasbourg to support Spain’s push-back against Catalan separatists’campaign to cast doubt on the Spanish justice system. Sánchez met with the heads of the European Court of Human Rights, the Council of Europe and other top EU officials to convey the message that the defendants will get a fair trial.

The announcement that all talks with Catalan separatist parties are now off signals a U-turn for Sánchez, who had made improving relations with the Catalan government a priority after he took power in a successful no-confidence vote against Mariano Rajoy, of the Popular Party (PP).