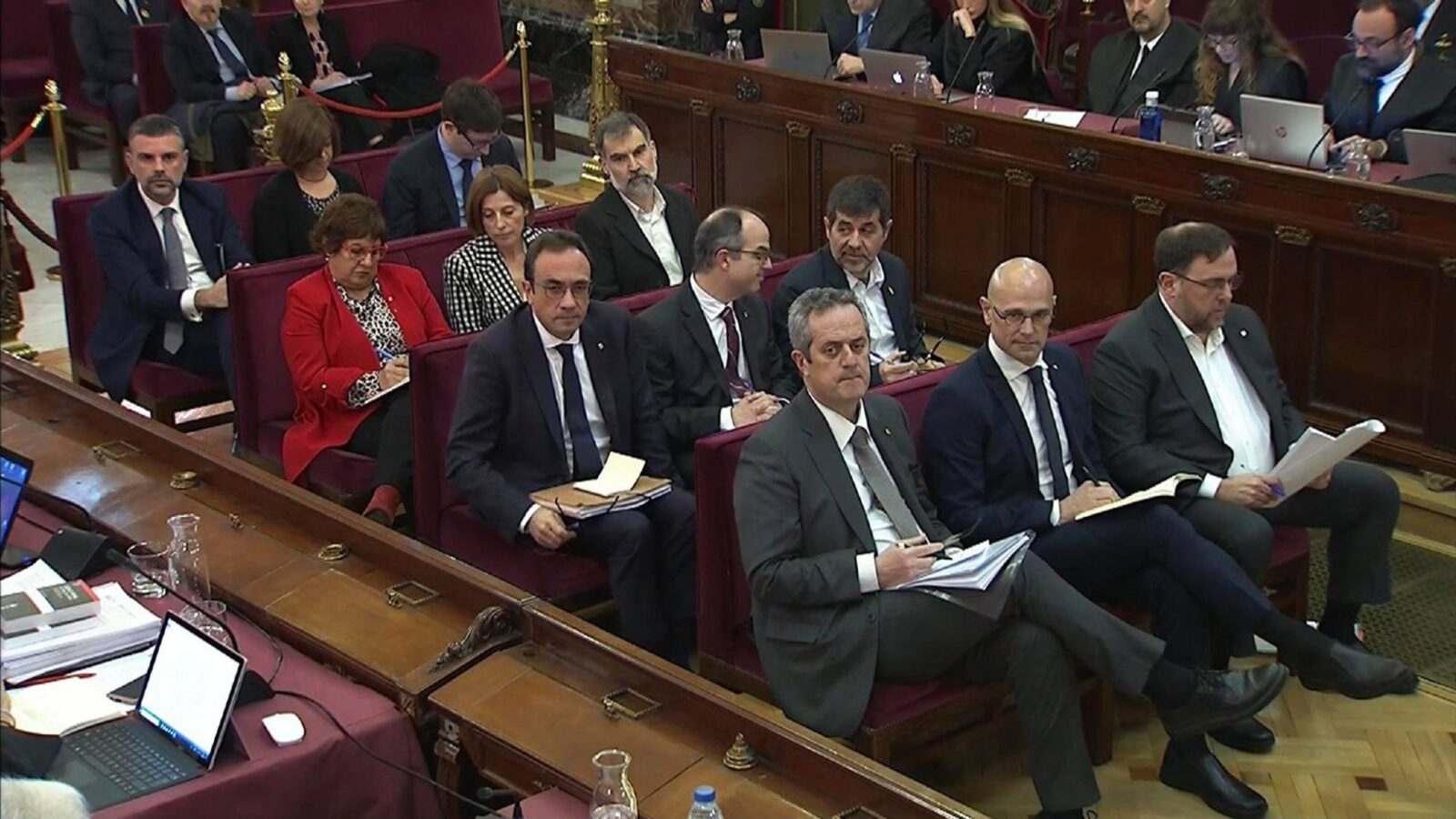 The prosecution says that leaders of the failed independence bid employed violence, a point that the rebellion charges hinges on.

A day after defense lawyers for 12 Catalan separatist leaders cast doubt on the impartiality of the Supreme Court and on the quality of Spanish democracy, prosecutors at the high-profile trial in Madrid refuted the claims, saying that nobody is being persecuted for their political beliefs.

“This is a trial in defense of Spanish democracy, in defense of the constitutional order enshrined by the 1978 Constitution,” said Javier Zaragoza, the first prosecutor to speak on day two of the proceedings, which are expected to last around three months.

Twelve politicians and civil society leaders are facing charges ranging from rebellion to sedition, misuse of public funds, criminal association and disobedience in connection with the unauthorized referendum of October 1, 2017 and the unilateral independence declaration that followed despite warnings from the courts.

Nine of the defendants, including former deputy premier of Catalonia Oriol Junqueras, have been in pre-trial custody since late 2017 after being denied bail because they were considered a flight risk. Former Catalan premier Carles Puigdemont, who led the secession bid, fled the country shortly after the unilateral declaration to avoid arrest in Spain.

“The justice system has merely applied the law. It would have been irresponsible for the criminal justice system not to react,” said Zaragoza. “The leaders on trial were not demanding freedom; they were working to take freedom away.”

Cadena underscored that it was the independence leaders who repeatedly violated the Constitution and the Catalan charter of rights (the Estatut), especially during the unilateral independence drive of September and October 2017.

“To step outside constitutional lawfulness is to embrace unlawfulness,” said Cadena.

The prosecutors insisted that the main independence leaders participated in a crime of rebellion in which the Catalan executive, legislative and social leaders played a role.

In order to uphold the charge of rebellion, the prosecution must prove that violence was used. Cadena said there were acts of violence on September 20 and 21, 2017, when a crowd congregated in front of the Catalan department of economic affairs to protest a police raid in search of referendum material. There was also violence on the day of the referendum, October 1, he said.

Two other parties to the prosecution, the solicitor general and the far-right political party Vox, also rejected the defense’s claims of gross violations of their clients’ fundamental rights.

The presiding judge, Manuel Marchena, has set another hearing for Thursday at 10am. The first defendant to take the stand will be former Catalan deputy premier Oriol Junqueras.