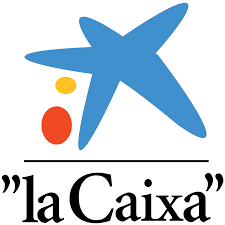 Spain’s second-largest bank has apologized after hundreds of Chinese customers accused the group of racism for freezing their bank accounts without warning.

BBVA customers staged a protest outside the group’s Madrid offices on Friday, waving Chinese and Spanish flags and demanding their accounts be unlocked.
The bank apologized on Saturday but denied that they deliberately discriminated against Chinese customers, claiming the accounts were frozen in compliance with Spanish anti-money laundering regulations.
“We are deeply sorry for any inconvenience caused by our decision to block certain customers’ bank accounts over the last few days,” BBVA spokesman Álvaro Calleja said in a statement. “We are sensitive to these circumstances and we have rolled out the measures required to mitigate these impacts,” he added.
“For BBVA and for everyone that works at the bank, customers are at the heart of our activity, and we absolutely and unequivocally reject any form of unjustified discrimination.”
A demonstration drew hundreds of Chinese citizens to a BBVA office in Madrid on Friday, some of whom carried signs reading “Racist BBVA” and “Stop banking racism,” according to AFP.
“They closed my account a first time in August, and again two months later,” Ting Ting, a restaurant manager in Madrid, told the agency. She added that BBVA blocked her own accounts, as well as that of her business, forcing her to join another bank.
Spain’s Anti-Money Laundering Law sets out a series of requirements for Spanish banks, including “customer monitoring and control,” José Luis Martínez Campuzano, a Spanish Banking Association (AEB) spokesman, said in a statement.
“Customers are required to provide banks with all the information required by law. And banks are working to expedite the pertinent procedures to restore normality in a quick and efficient manner,” he added.