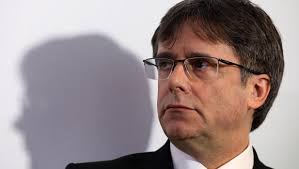 The European Parliament on Friday cancelled an event that was to be attended by Catalan separatist leader Carles Puigdemont, citing “security threats”.

“There is a high risk that the proposed event could pose a threat to the maintenance of public order on Parliament’s premises,” the speaker’s office said.

Puigdemont has been living in exile in Belgium since Spain cracked down on his efforts to lead the Catalonia region to independence via a referendum.

He had been due to meet reporters on Monday in the European Parliament in Strasbourg at an event hosted by the Belgian MEP Ralph Packet.

But his presence was furiously opposed by Spanish lawmakers, who regard his secession bid as illegal, and the assembly president ordered a security review.

This noted increased tensions surrounding the ongoing trial of several of Puigdemont’s Catalan colleagues who have been charged in Spain with “rebellion”.

“The analysis has concluded that the security threats linked to the event cannot be mitigated by Parliament security services,” the statement said.