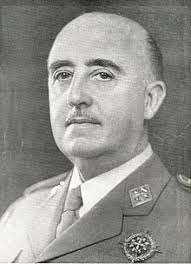 Spanish government ministers have approved the removal of the remains of the country’s former dictator from a mausoleum near Madrid after months of wrangling.

Officials signed off the exhumation of the body of Francisco Franco from the Valley of the Fallen after the Council of Ministers cabinet meeting on Friday.

It comes after the ruling left-leaning Partido Socialista (PSOE) made the exhumation one of its flagship policies after taking power in June.

Justice Minister Dolores Delgado said the decision was a “historical” one that came after a difficult and complicated process.

Franco’s body is now set to be moved from the Valley of the Fallen within the next 15 days. His family has that length of time to choose his new burial site and the government will pick it if they do not respond, official sources said.

France has been buried in the Valley of the Fallen since his death in 1975. The mausoleum was built after the end of the Spanish Civil War by Republican soldiers and political prisoners before opening in 1958 as a burial site for nationalist troops.