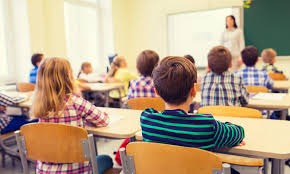 Spain’s current government is determined to go ahead with its planned schools reform, despite having called a general election on April 28 – over a year and a half earlier than scheduled.

Even with this year’s budget plans having been voted down by the right-wing opposition, a motion to reverse the funding cuts in education introduced in 2012 was successfully passed in November by 168 votes in favour and 162 abstaining, meaning class sizes will be reduced and supply teachers brought in immediately to cover shortages and sick leave, without the usual 10-day wait.

Although it will be Spain’s eighth education law in 49 years, minister in charge Isabel Celaá insists the country’s schooling system is ‘one of the most stable’ in the world and, although parts of it have been tweaked to adapt to changing values and realities, the bare bones have remained unaltered.

State schools and colegios concertados – a ‘halfway house’ between a State and a private school, where parents pay a smaller fee than the latter and the remainder is government-funded – will be given equal value under the new education law and co-official regional languages will not be pushed aside in favour of Castilian Spanish, but instead will coexist with the national tongue.

Many of the more controversial aspects of the 2013 education law brought in by the then right-wing PP government will be axed, as they were unpopular with teachers, pupils and parents and considered counterproductive by professionals in the education industry.

Those who opposed it – the majority, in fact – claimed it placed too much focus on ‘learning by rote’, with pupils’ work and educational development judged almost entirely on exam grades, heavily academic and textbook-based at the cost of social and life skills and critical thinking, and involved an unhelpful ‘grammar-school’ system whereby students were split into future manual workers or academics as young as 14, a set-up which could cost ‘late bloomers’ the chance to realise their full potential.

Where the changes are planned

Religious education, under the old law, was not made compulsory, but an alternative subject was required for those who did not choose to study it, and for those who did, their marks would count towards their final school-leaving exam grade.

This will be reversed: marks gained in RE will not affect the average overall grade for either the ESO (Spain’s answer to GCSEs) or the Bachillerato (the national equivalent to A-Levels), the latter of which could potentially affect students’ eligibility for university places or grants, or for other types of scholarship. Also, no alternative subject will be compulsory, and RE will only be taught to those who wish to continue with it – which include Muslim, as well as Catholic children, in line with a 1992 law that gives pupils from Islamic families the right to be educated in their faith, given that the largest national group among foreign residents is Moroccan and Spain is the only European country sharing land borders with the African continent.

The subject known as ‘Education in Civic and Ethical Values’, criticised when implemented by the PP to replace the former Education for Citizenship for being ‘too right-wing’, will focus on knowledge of and respect for human rights, children’s rights, and equality between men and women.

It will also focus more on ‘sexual-affective’ rather than merely ‘sex education’, teaching pupils about relationships, consent and equality and aiming to eradicate domestic and gender violence, and will include homosexuality and bisexuality and different family models – all of which will be compulsory, and parents cannot ‘opt out’ if their own, more conservative views clash with the content of the subject.

Education in Civic and Ethical Values will be taught throughout primary and secondary school, but will not count towards final qualification grades.

Basic curriculum content will be decided at State government level, and will be compulsory for 55% of classroom hours for pupils in regions with a co-official language – Catalunya, the Balearic Islands, Valencia, the Basque Country and Galicia – and 65% of classroom hours in entirely Spanish-speaking regions.

But the division between core, specific and ‘free option’ subjects in primary and secondary schools, set by the 2013 education law, will be eliminated.

Education authorities will set the proportion of use of Spanish versus co-official languages in which subjects are taught, and those lessons which will be given in one or the other, but the proportion does not have to be the same throughout the region – effectively, parents will not have to go hunting or send their children to schools miles from home to avoid their being taught exclusively in a co-official tongue.

More flexible Bachillerato studies will make life easier and more interesting for sixth-formers – the course will continue to be over two years, despite initial proposals to make it three years to give all students a chance to pass every subject. However, students who fail more than two subjects in the lower-sixth will not have to repeat the year, only the subjects they have not passed. Depending upon the number of unsuccessful subjects, they will probably be able to enrol for upper-sixth classes in those they have managed to pass, but will not be able to go onto entirely upper-sixth studies until they have completed all areas.

But students in general, from primary to sixth form, will not have to repeat a whole year for the sake of one or two subject failures.

Instead of the old Selectividad – a ‘summary’ of Bachillerato subjects taken as a subsequent exam graded independently at national level, rather than by the exam centre as is the case with the latter – a new university access test will be taken. Selectividad was replaced with an access test under the 2013 law, although only came into being recently; this will be rehashed entirely. The test, a single paper, will not be the sole grade upon which university entrance depends: at present, as in the past, student who was successful in Bachillerato but failed Selectividad would have to resit the latter to be able to enter higher education, but with the new reform, the grades from both will be taken into account. The content will not focus entirely on ‘right and wrong’ answers, but will evaluate academic maturity, knowledge acquired, and capacity for being able to successfully follow an undergraduate-level course of study.

Pupils who fail some or all of their subjects in end-of-year exams, which start from primary school upwards and are taken every summer, will not automatically have to repeat the entire year – those children whom it is felt would benefit from retaking a year’s classes will be subject to a specific, tailored remedial teaching plan, organised jointly between staff, parents and education authorities. Remedial teaching will apply only to specific subject areas where one or two are very weak and the child is not ready to progress in these, but is capable of doing so in others. And repeating a full year, or most of it, will be the exception rather than the rule.

History of Philosophy will become a mandatory subject in the upper-sixth and will start in the lower-sixth, rather than, as at present, only being taught to 17- and 18-year-olds as an optional area, since the socialist-led education authorities consider philosophy to be crucial to expanding on students’ creative thinking and debating skills.

Additional ‘evaluation’ tests on top of end-of-year exams, known as reválidas, brought in by the 2013 law and considered an unnecessary extra stress for pupils, will be axed and, instead, an overall evaluation will be made of students’ basic competencies across the board every two years, purely as an advisory and information-based exercise.

A controversial system whereby pupils would have to split at age 14 and choose either the ESO (GCSE) route or the Formación Profesional (FP) Básica route will be axed. The FP system is similar to the BTEC route in the UK, but the Básica is below the level taken by school-leavers and has little real value as a qualification; following this stream would mean children considered ‘not academic’ would leave school without their ESO, barring them from later following a Bachillerato and university career later on when they were ready, and limiting them to a working life in the one vocational field they had opted for as a young teenager.

Instead, teens will still be able to take the FP Básica route, but will combine it with their ESO, meaning at age 16 they will be able to opt for a sixth-form course or a post-school FP course as required, whichever system they follow.

FP courses are still available to anyone of any age, meaning students who are undecided and do not want to burn their potential future university boats will be able to study their Bachillerato and then go onto an FP route.

School places in chosen centres have long caused headaches for families, but now, where there is a shortage, priority will be given to applicants who are one-parent families, victims of domestic or gender violence or of terrorism, among other ‘vulnerability’ considerations.

Greater responsibility and jurisdiction will be handed over to School Councils – the equivalent of the board of governors in the UK – especially in terms of management, evaluation of centres and choosing head teachers.

For colegios concertados – which must offer a minimum number of places to the general public – at least one councillor or representative of the local authority in the town must be on this in-house committee.

Reversal of funding cuts also means more teachers will be taken on, with their methods expected to focus more on pupil competencies than on memorising textbook content, and the majority of teaching positions will be permanent roles rather than, as at present, a high number being ‘floating’ post-student teachers building up experience for their curriculum. Instead, these intern teachers will be given indefinite job contracts as far as possible.