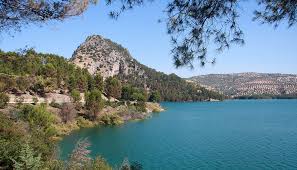 The Guardia Civil is searching for the pilot after a helicopter plunged into the Iznajar reservoir in Cordoba yesterday.

As reported by sources from the 112-Andalucia Emergency Services, for unknown reasons the helicopter crashed into the water at around 11.30am, though one theory is that it may have hit a power line near the 60-metre-deep reservoir causing the craft to hit the water.

Emergency health services, fire fighters from the Lucena and Puente Genil regional parks, the Air Traffic Control Centre and the Coordination and Rescue Centre, as well as the Local Police of Iznajar, were all called to the scene of the incident.

Spanish press claims to have received reports indicating that an underwater group is working to locate the damaged helicopter and determine how many people were in it at the time of the crash.