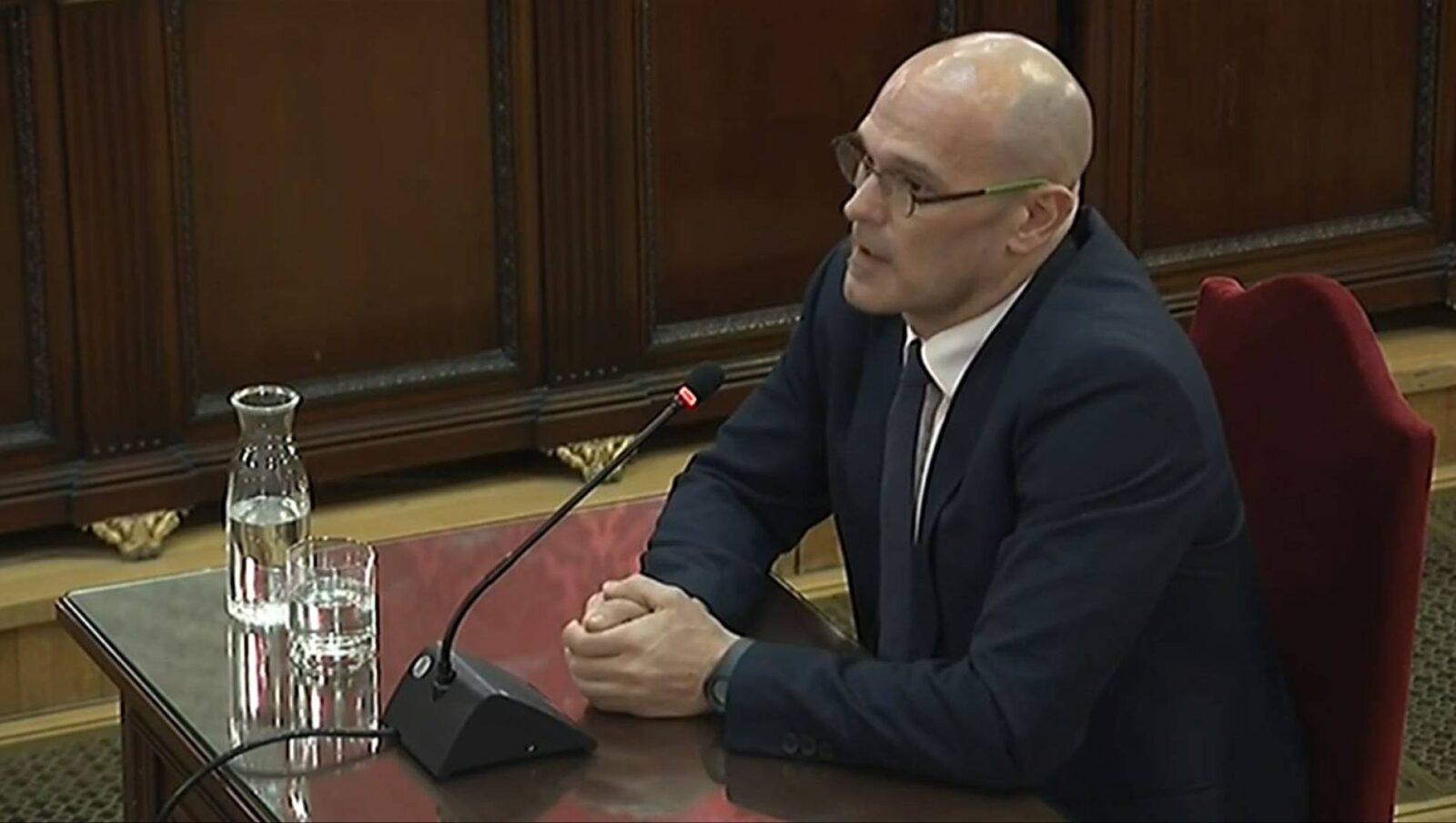 A fifth former Catalan government official took the stand at the Spanish Supreme Court on Wednesday to claim that the 2017 secession bid was a logical response to a “popular mandate.”

Josep Rull, who was then the regional chief of territorial affairs, stated that the decision to press ahead with an unauthorized referendum and unilateral independence declaration was justified because of the Spanish Constitutional Court’s lack of “moral authority.”

Rull, who is facing up to 16 years behind bars for rebellion and misuse of public funds, followed a similar line of defense as the four ex-officials who went before him, including Oriol Junqueras, the former deputy premier of Catalonia. These officials say they sought to find a balance between obeying the law and obeying the “popular mandate.”

The high-profile trial has been cast by the pro-independence movement as politically motivated, while the Spanish government has insisted that the 12 defendants are not there because of their political ideas, but because of illegal acts committed deliberately.

Rull admitted on Wednesday that he ignored up to six warnings by the Constitutional Court against the roadmap that he was helping devise; that he signed a decree calling the referendum of October 1, 2017 and that he voted “yes” to the unilateral independence declaration made on October 27 inside the Catalan parliament.

The former official said that even though the Constitutional Court had ruled out the possibility of a referendum on independence on the grounds that it would violate the supreme law of the country, “there is room for a referendum in the Constitution if the political will is there.”

Rull also argued that the central government used the top court to stop the secession bid by appealing all the Catalan governments’ decisions and putting them on legal hold. “The Constitutional Court has let itself be used as a tool. If the democratic principle is violated, the principle of the law is de-legitimized,” said Rull.

A lecture on international law

A day earlier, the Supreme Court heard the former Catalan chief of foreign affairs, Raül Romeva, who is facing the same charges and prison terms as Rull. Romeva declined to answer the prosecution, instead using his defense lawyer’s questions to deliver what amounted to a 100-minute lecture on international law.

“What we did is lawful, legitimate, and I believe it was legal as well. Defending democratic principles is a responsibility and a duty, and I regret the fact that we are here because those who had to engage in politics failed to do so, and passed on to you a responsibility that falls to them,” he told the panel of seven judges, alluding to the central government’s refusal to negotiate a legal independence referendum for the region.

Romeva, who said he became a separatist after the Constitutional Court annulled parts of the Catalan charter of rights in 2010, is accused of spending taxpayer money to mobilize Catalans living abroad ahead of the referendum and to hire “observers” through a private-public consortium named Diplocat.

The defendant ignored the specific accusations against him, instead proclaiming that “there is no single international or European treaty prohibiting the right to self-determination, and the Spanish Constitution equally lacks any provision banning it.”

Romeva stated that the independence bid was a “practically spontaneous mobilization by thousands of people in a civic, peaceful, reiterated and persistent way.” The choice of adjectives alluded to a landmark 1998 judgment by the Canadian Supreme Court regarding the legality of unilateral secession by Quebec, which had held an independence referendum in 1995 where “No” won a narrow victory. That court determined that neither Canadian nor international law would allow Quebec to secede unilaterally.