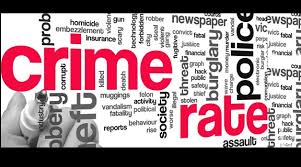 The crime rate in Alicante Province dropped 2 per cent last year, according to the annual criminality review published by the Home Affairs Office last week.

Alicante was the only province within the Valencia Region where fewer crimes were committed than the year before, with Valencia and Castellón seeing rises of 4.4 per cent and 5.5 per cent respectively.

On average, the rate of crime went up 2 per cent in the whole of the region, but this was lower than the national average of 4.2 per cent.

While there was a reduction in the crime rate as a whole, the province registered an increase in serious crimes such as homicide, sexual aggression and burglaries.