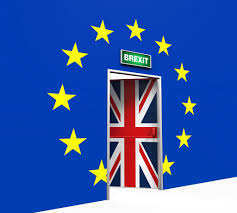 Emmanuel Macron has said France will block a Brexit delay unless there is a “new choice” by Britain, as Spain’s prime minister said that merely postponing the no-deal deadline would not be “reasonable or desirable”.

In a sign of the heightened risk of an accidental crash-landing for the UK, both leaders signalled their disapproval of Theresa May’s suggestion of a last-minute request for a two-month extension if her deal is voted down again.

The French president said there would need to be a clear purpose to delaying the UK’s exit from the EU, in comments that will inevitably raise cross-party concerns among those seeking to take no-deal Brexit off the table.

“We would support an extension request only if it was justified by a new choice of the British,” Macron said at a joint press conference held with the German chancellor, Angela Merkel. “But we would in no way accept an extension without a clear objective.

Merkel offered a more compromising tone. “We are absolutely in agreement, and I have talked to Theresa May about this in Sharm el-Sheik a couple of days ago, the exit agreement is valid,” Merkel said. “If Great Britain needs more time we will not oppose it but of course we are seeking an orderly exit. We regret this step, but it is reality and we now have to find a good solution.”

The Spanish prime minister,Pedro Sánchez, who has been a thorn in the UK prime minister’s side in recent months, told his parliament in Madrid that there would be conditions attached to an extension of the article 50 negotiating period.

May had suggested in the Commons on Tuesday that the UK could seek a short two-month extension for further talks should parliament not ratify the Brexit deal by 13 March.

But Sánchez, who is facing a general election in late April, said he would want to be clear that it was not merely delaying an inevitable crash-landing for the UK out of the EU.

The Spanish premier also insisted that there was no prospect of the EU softening in its rejection of a time limit on the Irish backstop or unilateral exit mechanism should the government wish to leave the shared customs territory it envisages to avoid a hard border on the island of Ireland.

Sánchez said: “The position of Spain, as I have conveyed to Prime Minister Theresa May in different telephone conversations, is the same: it is not possible to temporarily limit the backstop or to allow a unilateral exit from it.

“Due to its nature as a security mechanism, it is not possible to set a term for it. It is not only a matter of solidarity with one of our partners, Ireland, but also of preserving the peace that was achieved in Northern Ireland decades ago.”

Sánchez, who at one point threatened to veto the Brexit deal unless the UK offered some assurances that Gibraltar will only be covered with Madrid’s consent, added: “It cannot be ruled out that the British prime minister requests an extension of article 50 of the EU treaty as she said yesterday.

“And I want to make clear before this possible position of the British government, that although Spain is not going to oppose the concession of an eventual extension, it must have a certain perspective of resolution. Prolonging uncertainty by postponing deadlines is not a reasonable nor desirable alternative.”

An extension of article 50 requires unanimous support of all 27 heads of state and government. While all leaders would be under pressure to assent to a request by the UK, of whatever length, many leaders would favour a lengthier extension if there is no clear prospect of a deal getting through parliament in the coming months.

In Brussels, there is a debate on how best to respond to an expected request, with some senior officials warming to the idea of an extension of up to 21 months to allow the UK to fully develop its plans for the future.

Such a lengthy delay is opposed by others, however. The European parliament’s Brexit coordinator, Guy Verhofstadt, tweeted on Wednesday: “If the UK parliament rejects her deal, Theresa May would like to extend the negotiating period.

“In my firm opinion, if this happens, this can never be longer than a couple of months so that a cross-party majority can be found. But certainly not 21 months!

“The union has been taken hostage by the Brexit already for too long. The UK has had almost two years to make up its mind, now it is time to decide: A deal, no deal or stay. For the union it is high time that we can spend our energy on more positive projects and the in-depth reforms Europe desperately needs.”

Speaking to parliament for the last time before the general election, Sánchez said his cabinet would use a royal decree this Friday to introduce legislation to “cope with all the consequences of a no-deal Brexit”. The fast-tracked legislation would then be put before parliament for approval within 30 days.

Meanwhile, the EU’s chief negotiator, Michel Barnier, said he believed he could “save” the deal. “It is not accurate to say that the no-deal is the most likely scenario,” Barnier told France Info radio. “It’s a possibility. This is not yet a probability.”

EU and British negotiators are currently drafting a protocol on the backstop which the hope will allow the attorney-general, Geoffrey Cox, to revise his legal advice to parliament and suggest that the backstop would only be a “temporary” arrangement if triggered.

There are serious doubts in Brussels, however, that the assurances that will be offered can persuade sufficient MPs to back the deal. EU leaders have recently implored May to engage with Jeremy Corbyn on his offer to throw Labour’s support behind the deal in return for backing a customs union with the bloc.

“This treaty is not renegotiable, it can’t be reopened,” Barnier said. “But beside that we have another document, which is the political declaration, which is very precise and fixes the rules of the game for our future partnership – that’s the most important, what partnership for trade, fishing, transport, university, research, Erasmus, internal security, foreign policy, defence. That can perhaps be improved.”

He added: “If the Brits want it tomorrow morning to be more ambitious and for example not stop at a free trade agreement, but instead have a customs union, or even more, we’re ready to renegotiate that relationship.”