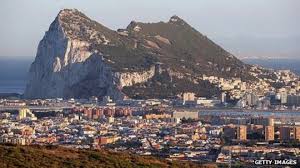 The agreement sets out stricter rules to determine the tax residency of individuals and businesses.

Spain and Britain have reached a deal on tax matters concerning Gibraltar, the British Overseas Territory located in the south of the Iberian peninsula.

Madrid and London are set to sign an international agreement setting out stricter rules to determine the tax residency of individuals and businesses. Those who are mostly based in Spain, or getting their income from activities on Spanish territory, will have to pay taxes in Spain.

The plan’s success will depend on the exchange of information

The Spanish government wants to prevent Gibraltar from expanding its competitive advantage once the UK leaves the European Union, a process known as Brexit. Gibraltar offers very attractive tax rates for businesses and capital. Corporate profits are taxed at a top rate of 10% compared with 25% in Spain.

Little is known about what the future relationship between the UK and the EU will look like after the former walks out on March 30 (unless the departure date is delayed, which seems increasingly likely). But Brussels has warned from the beginning about the risk of unfair practices once the UK stops observing EU rules.

Spain’s Foreign Minister Josep Borrell is scheduled to meet Britain’s Cabinet Office minister David Lidington on Monday to sign an international agreement aimed at containing these potential effects in connection with Gibraltar. Sources at the Spanish Foreign Ministry outlined the guidelines of this document.

Madrid hopes that the plan will go into effect as soon as possible and regardless of whether there is a soft or a hard Brexit. But like all international treaties, the deal will have to go through Spanish Congress first.

Until now, London had been unwilling to make any concessions on Gibraltar, but fear about the effects of Brexit on the Rock has served as an incentive to forge alliances with Spain. In November of last year, London and Madrid signed four memorandums of understanding on matters such as the price of tobacco products, which Gibraltar pledged to raise in a bid to contain smuggling activities.

The new international treaty establishes objective criteria to determine who is a tax resident in Gibraltar and who is not. Individuals who spend more than 183 days out of the year in Spain, whose spouse or partner is a Spanish resident, who own a regular home in Spain, or who keep two thirds of their assets on Spanish territory, will have to pay taxes in Spain. This rule affects some people who are currently considered tax residents in Gibraltar.

Sources consulted by this newspaper said that there is not a large amount of cases in this situation right now, but that the number could grow significantly after Brexit if no limits are placed. But Spanish authorities are more concerned about businesses than private individuals.

“We have removed all the incentives for Spanish residents wishing to headquarter their businesses in Gibraltar. We are protecting ourselves for the future,” said a source.

There are an estimated 55,000 companies registered in Gibraltar even though the population is just around 30,000. The overseas territory is adjacent to one of Spain’s poorest regions, Campo de Gibraltar. If it were a full-fledged state, it would have the third-largest per capita GDP in the world. The unemployment rate in Gibraltar is 1% compared with 35% in the nearby Spanish city of La Línea de la Concepción.

According to the new regulations that Spain hopes to implement, unfair business practices would be curbed by forcing companies to pay taxes in Spain if most of their assets are located on Spanish territory, if their revenue comes from Spain, if the company managers are tax residents in Spain, or if most of the capital rights are held by Spanish citizens. A few exceptions are made to accommodate businesses whose activities truly take place outside Spain, such as those registered in Gibraltar before November 16, 2018 and which can prove that 75% of their revenue comes from activities in Gibraltar.

The plan’s success will depend on the exchange of information. Gibraltar authorities will share tax data with their Spanish counterparts, and some exchanges will be automatic, such as those concerning cross-border workers and vehicles, ships and aircraft registered on either side of the border.

Asked about the deal, a British spokeswoman fell back on a recent statement by Gibraltar’s Chief Minister Fabian Picardo: “I am very satisfied that we have been able to reach a deal on a historically complex matter.”

One of the biggest incentives for the UK to support this international treaty was the pledge by Spain to take Gibraltar out of its list of tax havens if the overseas territory honors the terms of the agreement. Sources at the Foreign Ministry said that a non-binding statement could be made to reflect the new situation.

In May 2017, the Spanish Foreign Ministry outlined in a report that Gibraltar enjoys the four EU freedoms (free movement of people, goods, services and capital), yet it is not part of the customs union or subject to British law, meaning that “it has developed its own regime which is extremely permissive in relation to tax, customs and business creation, which in practice has turned it into a tax haven.”

Gibraltar was captured from Spain in 1704 and ceded to Britain under the Treaty of Utrecht in 1713 and has remained a diplomatic flashpoint ever since. The Foreign Ministry’s 2017 report noted that he special regime the Rock currently enjoys “is a condition that Spain had to accept at the time [1986] to be able to join the then European Communities,” given that the United Kingdom had become a member back in 1973.