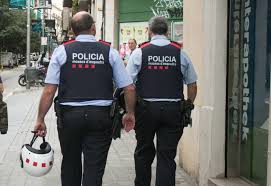 Spain’s former state secretary for security, José Antonio Nieto, told the Supreme Court on Monday that there were “acts of violence” before, during and after the unauthorized independence referendum held in Catalonia on October 1, 2017.

Nieto, who was then the second highest-ranking official at the Interior Ministry, said that behind many of these acts there seemed to be “organized groups” that sometimes arrived at the scene of an upcoming police raid even before the Civil Guard did.

Nieto was one of several high-ranking officials to give witness testimony at the trial of 12 Catalan separatist leaders taking place in Madrid. Last week the court took statements from former prime minister Mariano Rajoy, who said that he had refused to “negotiate national unity,” and from Basque premier Iñigo Urkullu, who unveiled that he did mediation work between Madrid and Barcelona.

The defendants have been accused of crimes ranging from disobedience to rebellion in connection with the independence bid. The most serious charge, rebellion, requires proving that violence was used, and Nieto’s testimony provided the strongest backing to date for the prosecution’s claim that violence was employed on September 20, 2017, during a mass protest against a police raid at the Catalan department of economic affairs.

The Catalan separatist movement has cast the proceedings as a political trial while Spanish authorities say all they did was apply the law, which does not allow for unilateral secession.

In their own statements at the trial, the defendants said that although the Constitutional Court had warned that the referendum and the supporting breakaway legislation were in violation of Spain’s highest law, in their view this court had lost its legitimacy and was being used as a political tool.

Nieto also said that the Catalan regional police force, the Mossos d’Esquadra, sided with the separatist government and did nothing to prevent the October 1 referendum from taking place, leaving it to the National Police and Civil Guard to enforce a court order to stop the vote.

The former state secretary said that if the Mossos had honored a coordinated police plan to enforce the orders, there would have been no referendum. Nieto said there was “surrealist” security meeting on September 28 between Madrid and Barcelona officials “to talk about a plan to prevent the referendum from happening with the people who were organizing it.”

“[Then-Catalan premier Carles] Puigdemont told us that the uppermost thing to protect was social harmony; we replied that we had to protect respect for the law,” said Nieto.

He also defended the actions of the police, who were criticized after images of people being forcibly removed from polling stations made world headlines. He said that at many centers officers encountered “very intense resistance” and that this had been “premeditated and organized.”

“If we had prioritized efficiency above everything else, we could have reached 100% efficiency in every polling station with a greater use of force. Our professionals have the training, the material resources, the professional abilities and the legal support to do so. But the priority was preserving the safety of the officers and the people around them,” said Nieto.