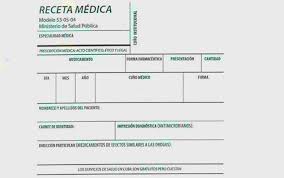 Prescriptions can be purchased from any pharmacy in Spain from this week and are no longer just limited to the region in which the patient lives, explains health minister María Luisa Carcedo.

This system had already gone live in the Greater Madrid region, but has now been extended to the other 16 plus the Spanish-owned city-provinces of Ceuta and Melilla on the northern Moroccan coast.

Additionally, doctors anywhere in the country can access a patient’s medical history, meaning national travel no longer means being ‘cut off’ in terms of healthcare.

Already, the new-style red SIP cards allow for treatment anywhere in the country, rather than solely in the patient’s own region, but it is not compulsory to replace existing, earlier SIP or public healthcare cards unless and until these become lost or damaged, or suffer wear and tear that does not allow them to be ‘swiped’.

Catalunya had followed Madrid in ‘nationalising’ prescription collection and medical history access – both being ‘output’ regions for a high number of national tourists, many of whom head for Spain’s coastal areas in summer.

Each patient registered on the national system, and who is in possession of a SIP card with their name and medical ID, will be assigned a code that appears on their records and links up to regional computer networks, which are now centralised.

This is particularly crucial if someone travels nationally and becomes indisposed, unable to answer questions about previous illnesses, medication intolerances or allergies.

Also, Sra Carcedo has announced a further 780 vacancies for medical professionals to be trained – 450 for doctors and the rest for nurses – will be opened up next year.

Some regions, including Navarra, Castilla y León, Galicia and Andalucía have called for even more resources, and are pushing for a mass recruitment drive of resident junior doctors.