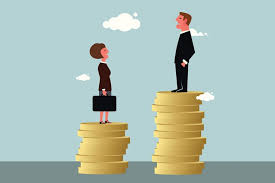 The Spanish Cabinet of the Socialist Party government (PSOE) has approved a legislative decree that aims to fight against gender discrimination in the workplace.

It also demands that Spanish businesses complete a gender audit with the “average salary values, salary supplements and non-wage benefits of their staff, separated by sex” that can be accessed by worker representatives and union members. The goal of the registry is to highlight whether there is female under representation or a gender wage gap.

Men and women who perform similar tasks in the workplace do not earn the same in Spain. Women’s hourly earnings are 12.7% lower than men’s, according to a 2017 study that is based on statistically adjusted EU data from 2014.

The gap exists across variables such as age, education, years of service, occupation, type of contract, length of working day, activity and company size. According to the decree, the pay gap ”has not been reduced in the past years.”

The decree adds that “public equality policies must remove obstacles that block women from accessing and developing in science, research and technology sectors.”